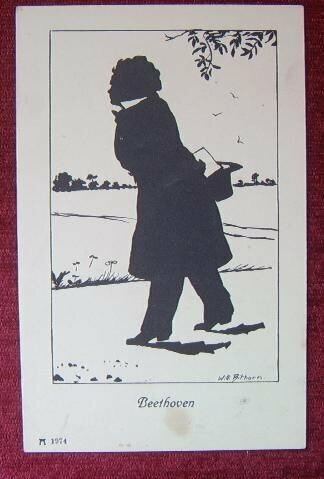 Hans von Bülow famously said that in piano music “Bach is the Old Testament and Beethoven, the New Testament”. With all respect to the great man, I would content that a better framework to compare the two is not a religious but rather a legal one. This is because Bach’s thinking in music aligns itself very closely to the thinking process of common law, whereas Beethoven is a perfect embodiment of civil law.

As a recap, in very general terms; common law is the legal system prevalent in the United Kingdom, the USA (to an extent) and many Commonwealth and other countries. It is mainly concerned with case law – the law as applied/developed by judges in courts, creating over time a body of hopefully coherent rules and decisions. In contrast, civil law, the main system of Continental Europe, Latin America and most of the rest of the world, prioritises codified law – laws written down, passed by governments and organised into legal codes (civil code, criminal code etc.). Tempting as it is to explore the origins or implications of these two systems, my point here is to discuss how the differences between Bach and Beethoven mirror those between common and civil law.

In a previous article, I explored how in my view Bach is all about the counterpoint, the examination of a thing from many different viewpoints, whereas Beethoven is about a dialectical process to find a synthesis. For that reason, Bach is the ultimate common law composer: his emphasis on counterpoint reflects the rhetoric, the debate, which is the lifeblood of case law (and of English lawyers). The point here is not so much finding that One Truth, but rather on dueling with different points of view. The system, in other words, is adversarial, not inquisitorial; it focuses on the struggle between the two parties, and the arguments made by each of them, rather than on what the law is. If for no other reason because “what the law is” is not set in stone – defenders of common law argue that an unwritten constitution is the best prevention against tyranny, since its flexibility allows for – even requires – constant adaptation and that most English of characteristics, common sense. 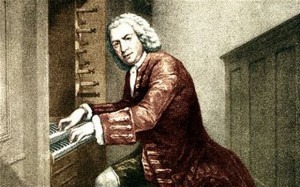 On the other hand, Beethoven’s works synthetyse things, Big Things, as though the currents of history were passing through his mind and being organised into a brilliant narrative. And history does explain a lot: Bach was composing a few of generations before Beethoven, in a pre-Modern world of separate particles, whereas by Beethoven’s time men everywhere were trying to modernise – synthetyse – things, through revolutions, empires and ideals. In his music, there are, of course, multiple voices, but more often than not they culminate in one ultimate way, nowhere more so than at the end of the 9th Symphony.

Similarly, in civil law, different points of view are taken into account, but the entire system needs to be codified, written down and regulated. It is less nimble than a contrapuntal system, and revisions tend to be more overarching and less adaptive: taking the cue from the Roman system, things here are written in stone. But is also more all-encompassing, in that it takes all of these divergent voices, all of these different melodies and it stiches them together into a single story. Beethoven was the master of this: the greatest pleasure I derive from Beethoven’s works is the moment when things come together and explode.

It is easy to fall into certain categories – Bach, the baroque worshipper and Beethoven, the early humanist – but they would not necessarily help understand the music better. The extent to which we can understand the music in relation to history, however, might teach us valuable lessons. As Beethoven renamed the Eroica after noticing Napoleon’s imperial ambitions, we have to learn how to constantly adapt things to remain flexible in our ever-fluid world. Nevertheless, the scale of issues facing us and the interdependence of all units requires us to create and cultivate over-arching structures. The tension between the opposing needs for flexibility and structure is one of the main themes in music, and comparing Bach and Beethoven illustrates this beautifully.

Bach would probably dispute all of this – his works were written Soli Deo Gloria (for the glory of God alone – is there a bigger synthesis?). But at least I am certain von Bülow would not disagree – after all, as a young man he was sent to Leipzig to study law, not to do music. Had he stuck to the law instead of becoming one of the greatest 19th-Century pianists/composers/conductors/teachers, he would surely have arrived at the same conclusion.