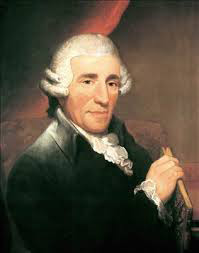 Welcoming the New Year frequently involves a glass of champagne and a celebratory kiss from somebody nearby. At the stroke of midnight on New Year’s Eve the English-speaking world, either before or after extensive toasting and kissing, also collectively launches into more or less dignified renditions of Auld Lang Syne. Set to the melody of a traditional folk song, the text was originally attributed to the great Scottish poet Robert Burns. However, as Burns himself suggested, “the following song, an old song, of the olden times, and which has never been in print, nor even in manuscript until I took it down from an old man.” As such, Burns had essentially collected the lyrics rather than composing them, but for marketing purposes the attribution to Burns conveniently stuck.

“For the sake of old time,” or more literally “old time since” Auld Lang Syne burst onto the scene at the turn of the 19th century. The Scottish publisher George Thomson issued his Select Songs of Scotland in 1799, shifting the second verse about greeting and toasting to its present position at the end. But it might actually have been Joseph Haydn’s musical contribution that furthered the enormous popularity of this song! It is a well-guarded secret that Joseph Haydn wrote more than 400 arrangements—for soprano, tenor, violin, piano and cello—of Scottish and Welsh folk songs between 1792 and 1804. Since they were composed during the last period of his compositional activities, alongside such majestic works as The Creation and The Seasons, these delightful arrangements have not featured prominently in Haydn scholarship. However, they were supremely popular during its time!

Franz Joseph Haydn: Auld Lang Syne, Hob. XXXa:218
During his first London visit, Haydn made contact with the London publisher William Napier. Napier went bankrupt in 1791, and Haydn offered to assist him by providing accompaniments for piano, violin and optional cello to a hundred folk songs issued as A Selection of Original Scots Songs in Three Parts: The Harmony by Haydn. These Napier arrangements were printed in three lines only. The top one was destined for the violin, the second line under which the text was placed was earmarked for the melody, and the third line featured the figured bass. Haydn was urged to keep the accompaniments simple, so that even amateurs of limited technical abilities could perform them. Not all the melodies were verifiably “original tunes,” as the publisher had suggested. However, these “wild and expressive melodies,” adorned and “civilized” for the eighteenth-century salon, were such a huge success that Napier’s publishing business was saved. He immediately requested another fifty arrangements, which he issued during Haydn’s second London visit in 1795.

Four years later, in October 1799, the Edinburgh publisher George Thomson—a friend of Robert Burns and an avid collector of folk songs—offered Haydn the astonishing fee of two ducats per song for a series of Scottish, Welsh and a few Irish song arrangements, among them Auld Lang Syne. Over the next four years, Haydn received over two hundred melodies, albeit without texts. For the Thomson editions, Haydn included elaborated clavier parts and added instrumental preludes and postludes. Since Haydn was getting on in age, he enlisted the help of his student Sigismund Neukomm, who might have fashioned as many as 50 of these arrangements. Thomson was delighted and wrote to a friend in London, “The accompaniments, which Haydn has composed for the Airs in general are beyond all praise. He has harmonized these in the most delightful style imaginable.” And thus Auld Lang Syne was launched for the ages. Given that publishers from the British Isles paid a premium for such arrangements, Pleyel, Hummel, Weber and even Beethoven quickly offered their services! Happy toasting, kissing and singing in 2016!