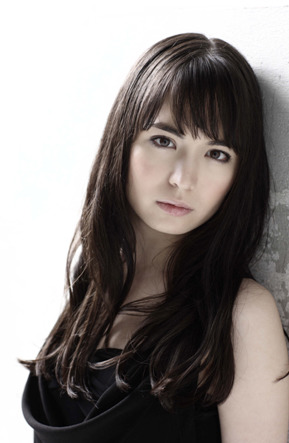 “The soloist, replacing Lang Lang at short notice, was Alice Sara Ott, who gave the kind of gawp-inducing bravura performance of which legends are made.” – Tim Ashley, The Guardian, November 2010

Twenty-three year old German-Japanese pianist Alice Sara Ott has gained critical acclaim for her performances at major concert halls worldwide. At the age of thirteen, Alice was hailed the “Most Promising Artist” at the Hamamatsu International Piano Academy Competition, and two years later she went on to take the top prize at the Silvio Bengalli International Piano Competition as the youngest contestant.

In addition to her solo activities Alice is a keen chamber musician, appearing at festivals such as Heimbach, Moritzburg, Davos and Schwetzingen alongside artists such as Lars Vogt, Gustav Rivinius, Tadjana Masurenko, Peter Sadlo and Jan Vogler. Alice appears frequently in recital at the Klavier-Festival Ruhr, Schleswig-Holstein Musik Festival and Festspiele Mecklenburg-Vorpommern. She made her debut at the Lucerne Festival in autumn 2010 and in summer 2012 she makes her first appearance at the Verbier Festival.

Alice has recorded exclusively for Deutsche Grammophon since 2008, with her highly successful debut recording of Liszt’s 12 Études d’exécution transcendante quickly followed by a second album of the complete waltzes of Frédéric Chopin. This second release entered both the German and US Classical iTunes charts at No.1. Alice’s debut orchestral recording featuring Piano Concertos by Tchaikovsky and Liszt (with the Münchner Philharmoniker and Thomas Hengelbrock) was named Editor’s Choice in both International Piano and Classic FM Magazine. Her recent recording of Beethoven’s Piano Sonatas was released in August 2011. Alice was awarded the prize for Young Artist of the Year at the Klassik Echo Awards for her Chopin recording in October 2010.