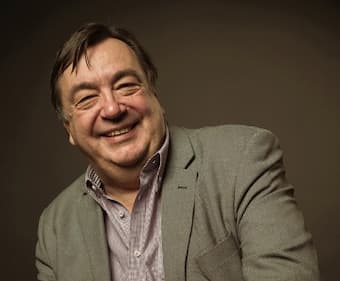 Luckily, unlike his namesake Pyotr Ilyich, Alexander Tchaikovsky survived this pandemic. Alexander comes from a musical family. His father, Vladimir, was a trained pianist and director of the Stanislavsky-Nemirovich Danchenko Musical Theatre, and his uncle Boris (1925-1996) was a student of Shostakovich and considered a leading composer in the late Soviet era. Alexander started as a pianist but took to composition after hurting his hand through over-practice. He started his studies on the piano at the Central Music School in Moscow before moving to the Conservatoire. He started teaching composition at the Moscow Conservatoire in 1976 and was head of the department in 1997. He’s written 14 operas, 3 ballets (and musicals and operettas), 7 symphonies and a number of instrumental concertos. 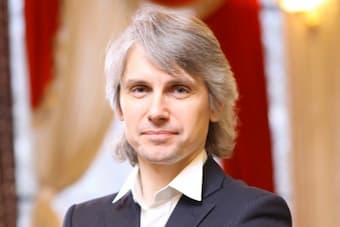 He wrote the work for a small ensemble (strings, percussion, and piano only) since large orchestras were not foreseen as being able to operate for the unknown future.

Having called it the Quarantine Symphony, Alexander Tchaikovsky then fell to the Covid virus. He got the score to Dmitry Vasiliev in Omsk, among other conductors, and Vasiliev decided to schedule the work for the opening concert of the Siberian Symphony Orchestra for the 2020-2021 season.

Unfortunately, due to the lingering effects of his illness, Alexander Tchaikovsky was forbidden to fly to Siberia for the premiere and couldn’t take the Trans-Siberian Express either. 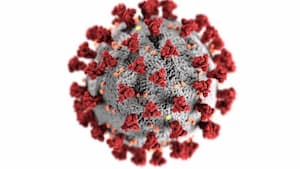 The composer sees the two movements of the work as symbolic of the pandemic and of the feeling of the world in early March 2020 – ‘‘the first movement is stormy, dynamic and then the second movement is a big Adagio, pleas for salvation and hope”.

The first movement is largely in a toccata style and is constantly moving, with dense string writing, with often as many as 8 string parts. Around 1:33, there’s a sound reference to the repeating rhythms of The Rite of Spring, and for many, Covid was the rite of spring 2020. How many would catch it, and how many would succumb and die – more than just the single victim of Stravinsky’s Rite. Just like Rite, the work, after a few slower sections, builds to a wild ending.


The second movement seems more like some of Mahler’s slow movements in his last two symphonies – a hymn-like melody is supported by a changing set of chromatic harmonies. The contrast between the diatonic melody and the chromaticism below it can also be seen in the pandemic: those countries that were able to control their populations and limit exposure versus the countries that let all run wild and let the virus flourish. Towards the end, the work concludes in a fugue, a static structure that we all seek in these turbulent times. The piano brings us to the final cadence.


The work is an interesting reflection on the tumult of the world in 2020. We may rage to get out of our limited surroundings, but we recognize that the invisible world has no favourites – if you don’t take proper precautions, you will get the illness and survival is not guaranteed. The objective lesson of wearing face masks and hand washing is evident in the fact that there was no flu outbreak in 2020. Hmmm……