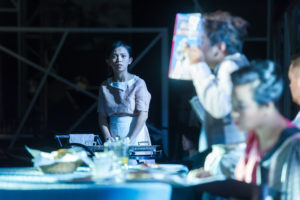 Mila as the focus

High in the skyscrapers of Hong Kong, a tragedy is being played out involving the father, the mother, the child, and between them all is the domestic helper, Mila. She’s the observer of the family dynamics and how the father chases wealth while the mother chases position and the child searches for comfort. 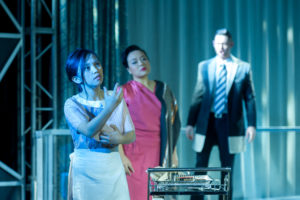 Mila and the family

Eli Marshall’s 2018 opera Mila uses this unhappy family as his centre piece for examining the price paid by Hong Kong’s helpers. Mila is, as are over 100,000 other Philippine women in Hong Kong, the service backbone of the family – her work in cleaning, washing, shopping, and cooking permits the rest of the family to do what they want to do. The house is always clean, the clothes are always clean and pressed, the cupboards are full and dinner is on the table – it’s a wonderful thing to come home to. But all is not well – the father has a wandering eye, the mother is a prototypical tiger mother, and then the focus comes to rest on the son, the pressure on him to succeed, and his unhealthy attraction for the high-rise balcony of the 53rd floor flat. Mila, caught in the middle, wants to save the son from the same fate that overtook her daughter, but becomes the scapegoat for anything that goes wrong in the house.

Sung in English (Sir), Cantonese (Ma’am), and Tagalog (Mila), the story, written by award-winning Hong Kong playwright Candace Chong, is one of any unhappy family. 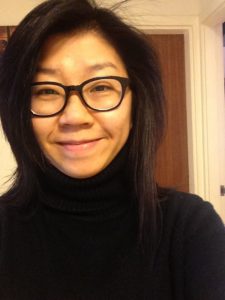 Candace Chong has had several plays that were topically relevant, including one on sexual harassment in the clergy (French Kiss), the problems in HK academia (The Professor), and mainland oppression and local media self-censorship (Wild Boar). Her last play was May 35th, which couldn’t be advertised as no newspaper would print the title. The fourth of June (May 35th) is the day when Hong Kong memorializes the actions at Tiananmen Square. Mila isn’t her first opera. She wrote the libretto for American composer Huang Ruo’s opera Dr. Sun Yat-sen, another of her works never to be seen on a Chinese stage (not banned, but ‘postponed’) after its 2011 premiere in Hong Kong and 2014 production at Santa Fe Opera.

The music is by composer Eli Marshall, who has made his name in film music (Anne Hui’s Golden Era, 2014 and Wong Kar-Wai’s Ashes of Time-Redux, 2009), and who has used his familiarity with Western norms and Chinese sounds to create a score that not only incorporates the usual instruments but also adds orchestral pots and pans to help recreate the noise of Hong Kong. 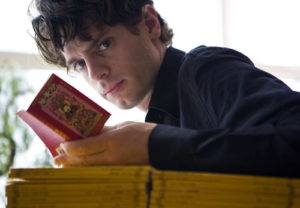 We spoke with Alice Mong, executive director of the Asia Society Hong Kong, about its support for the opera and what the work says about the plight of domestic helpers in Hong Kong. The opera was commissioned by Asia Society Hong Kong to be part of its 5th anniversary celebrations in 2017, but production was delayed until January 2018. The commission was the first the Society undertook on its own; earlier productions, such as Aenon Loo’s multi-media piece Hong Kong Epilogue (Here are the Years that Walk Between), were commissioned by local influencers such as Daniel Ng.

Ms. Mong wants to use Asia Society Hong Kong as a place to launch Hong Kong talent, first upon a local stage and then upon a global stage. Asia Society as a whole is a global non-profit that forges ties between Asia and the West through arts, education, policy, and business outreach. The Society, which was founded by John D. Rockefeller III in 1956, has centres in New York, Hong Kong, and Houston, and offices around the world in Los Angeles, Manila, Melbourne, Mumbai, San Francisco, Seoul, Shanghai, Sydney, Tokyo, Washington, D.C., and Zurich. 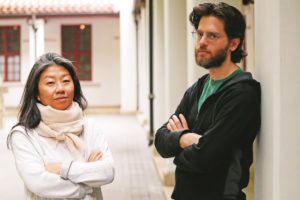 The premiere at the Asia Society Hong Kong in January 2018 had one unusual performance. For the last Sunday matinee, seats were set aside from the sold-out house specifically for domestic helpers. Ms. Mong said she didn’t really know what they would think about it, but was completely taken by surprise by the emotions that played through the audience. For one, to have arias set in Tagalog was an innovation. Also, at the end of the performance, Stefanie Quintin, who had played Mila, addressed the audience directly in Tagalog and both Quintin and the audience collapsed in tears. The story had resonance far beyond its tragic story line.

Now, 2 years later, in December 2019, Mila is going onto stages in New York and San Francisco. We discussed with Ms. Mong how she thought the show would do in New York. Her own artistic explorations in New York over the 9 years she lived there took her to many new productions where the ‘voice of the less heard’ was featured. The growing importance in New York and San Francisco of their formerly disenfranchised Asia inhabitants should ensure both local interest and the show should be able to capture the interest of the younger audiences who are looking for new works with a new viewpoint.