“Give me your hand, my child; I predict that you will become the king of pianists.” 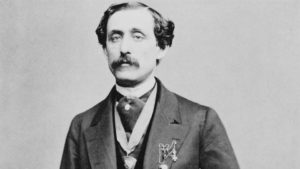 So said Frédéric Chopin to American pianist and composer Louis Moreau Gottschalk, after hearing him perform at the Salle Pleyel in Paris. Alkan and Liszt also recognised Gottschalk’s impressive talents, and, perhaps in homage to his European virtuoso counterparts, there are distinctly Lisztian idioms in the Symphonie Romantique “La nuit des tropiques”, which opens Cuban-American pianist Antonio Iturrioz’s recording ‘Gottschalk and Cuba’.

Louis Gottschalk was born in 1829 in New Orleans to Jewish-Creole parents. He displayed prodigious musical talent from a young age, and was exposed to a variety of musical styles through his extended family and nursemaids. When he was 13, he travelled to Europe with his father to seek a classical musical training, but was rejected by the Paris Conservatoire on account of his nationality. He eventually gained access to the Parisian musical community through family friends, and here he met the likes of Chopin, Liszt and Alkan. He returned to the United States in 1853 and spent some time in Cuba where he soaked up the culture and music. 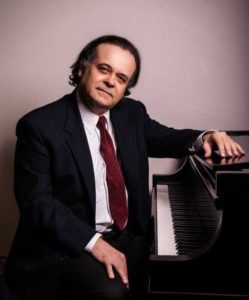 Gottschalk was America’s first important pianist-composer and by the 1860s he had established himself as the best known pianist in the New World. He was also an extraordinary traveler, giving virtuoso performances in Europe, Central and South America and the Caribbean. He fell in love with Cuba and its music, and lived there for extended periods. As a composer, his music combined his Creole heritage with the American, Latin American and Afro-Caribbean influences he absorbed during his travels – all expressed within the boundaries of classical piano writing prevalent in the 19th century.

The American-Cuban pianist Antonio Iturrioz is a long-time advocate for Gottschalk’s piano music, and his recording Gottschalk and Cuba celebrates the composer’s output and influence on other Cuban composers who followed him.

The Symphonie Romantique, “La nuit des tropiques” (A night in the tropics) provides the starting point for a chronological tour through Cuban classical music, much of it never before recorded. The Symphonie Romantique is especially significant as this is a world premiere recording of the first American symphony, transcribed in its entirety by Iturrioz for one piano, as Gottschalk originally intended it and based on the pianist’s own extensive research. In its solo piano form, the work has a Lisztian grandeur with many complex virtuosic passages and rich textures.

Piano music by Manuel Saumell Robredo, Nicholas Ruiz Espadero, Ignacio Cervantes, Hubert de Blanck, and Ernesto Lecuona features on this album too, revealing Gottschalk’s influence and the high regard with which he was held by those who followed him. Many of the works show the influence of nineteenth-century European virtuoso pianist-composers shot through with distinctly Afro-Cuban, Cuban and Creole rhythms and folk idioms. There are hints of Ragtime and Jazz too – a reminder of Gottschalk’s wide-ranging musical influences and his own impact on American music of the 20th century. The album closes with Gottschalk’s El Cocoye, Op 80.

Antonio Iturrioz’s own Cuban heritage allows him to really get to the heart of this music, and his understanding and insight is clear from the outset. The sensuous, foot-tapping rhythms feel natural and uncontrived, heady harmonic shadings are neatly caught, while the virtuosic passages are executed with aplomb. The overall sound is warm, romantic, lush and exotic.

This recording is a generous introduction to the classical piano music of Cuba and an important contribution to the appreciation and understanding of Gottschalk’s work and influence.