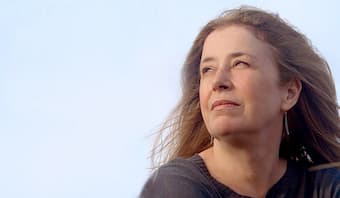 American author Ann Patchett’s 2001 book Bel Canto, which used the 1996-97 Japanese Embassy Hostage Crisis in Lima, Peru, as its inspiration, was, in turn, inspiration for American composer Elena Ruehr (b. 1963) to write her String Quartet No. 5, “Bel Canto”. Commissioned by the Cypress String Quartet, who also commissioned her 4th and 6th quartets, the work, in 10 movements takes us through the novel.

At its launch, the novel was exceptional for its use of music. In an unspecified South American country, at a birthday party for a visiting Japanese investor (and opera lover), leading operatic soprano Roxane Coss has been engaged to perform. Late in the evening, a group of terrorists take over the house, seeking the President, who is not in attendance. The terrorists decide to hold everyone hostage, only to release those at the party except those they believe will bring a big ransom. 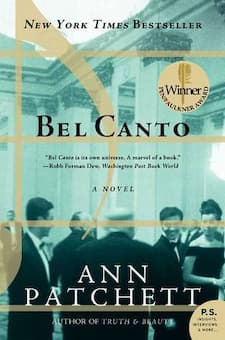 The standoff lasts for several months and during that time, music comes to the fore. The singer receives a box of music and sings every morning. She finds that one of the terrorists has a musical talent and starts to teach him singing. She comes out of her self-isolation to become involved with both the remaining party guests and the terrorists.

Throughout the entire string quartet, Ruehr uses the musical works referred to in the novel, Puccini’s ‘Vissi d’arte’ from Tosca, Dvořák’s ‘Song to the Moon’ from Rusalka, and Schubert’s Der Doppelgänger, a song from 1828 about a man mourning the loss of his beloved, who has moved away, by berating the moon, in which he perceives his face.

The string quartet begins with an ominous title: I. Rebels in the vents. After a melodic introduction, the quartet begins to lose control of the situation as the terrorists take over.


The second movement switches to focus on those who lead the terrorists.


As the hostages try and pick up the pieces of a life under captivity, one captive who stands out is Simon Thibault, the French ambassador. To pass the time, he takes up cooking for the hostages and the terrorists, all the while missing his wife, who was released early with the other ‘valueless’ party members. Here, V. Simon Thibault makes coq au vin.


One terrorist who is operating under false colours is Carmen, who first appears as a young boy, but, over the months of the standoff, gradually emerges as a young woman. She prevails upon the translator, Gen, to teach her to read and write. As they meet every day in a remote closet, they gradually fall in love.


Cesar, the terrorist who has been training with Roxane Coss, gives a recital.


The final movement, X. In the garden, is the bloody end to the crisis. The government intervenes and all the terrorists are killed, including Cesar and Carmen. The Japanese business man for whom the party was given also dies.


It’s a beautiful piece, and captures the book’s voice, given to an omniscient third-person narrator who can speak about both the hostages and the terrorists. Roxane’s songs are countered by a background reflecting the differing actors: Peruvian dance music for the country of the party and the terrorists and Japanese folksong for the honoree of the party.

What it doesn’t seem to capture are the extremes of emotion in the book – the anger at having a party descend into violence, the extreme boredom of being imprisoned (covid lockdown anyone?), and the violent ending, where the hostages who have been redeemed through their studies are killed along with their compatriots.

It’s rare that a book, which can have a complicated and complex story line, is the basis for a chamber work. We more often expect that a single image or a poem is the point of inspiration. By using a book as her inspiration, Ruehr gives herself the license to explore a great number of characters and situations.