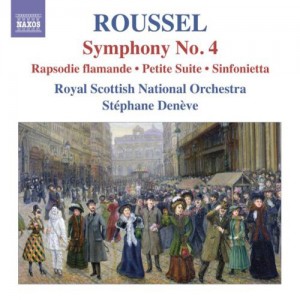 Following a period of soul-searching during the mid-1920s, and as his music gained success outside France during the 1930s, Albert Roussel took the rhythmic dynamism, thematic integration and formal lucidity of his Third Symphony to new heights with his less well-known Fourth, notable for its intensely wrought slow movement.