Composers Anecdotes
When I Went Down to the Shrovetide Fair
by Maureen Buja September 3rd, 2016 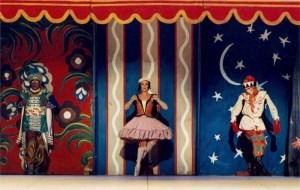 Igor Stravinsky (1882-1971) wrote his ballet Petrushka as a classic love triangle, but told through the story of three puppets. Petrushka loves the Ballerina, the Ballerina loves the Moor, and the Moor hates Petrushka. The work uses the traditions of Russian puppet theatre but for a ballet. 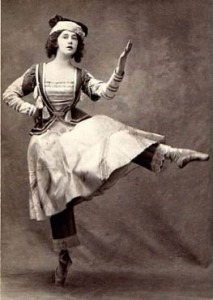 Tamara Karsavina as The Ballerina

The Shrovetide Fair is the culmination of the season leading up to Lent, the six weeks of preparation that leads to Easter. Like the Carnival season, it’s the last gasp of permissiveness before the 40 days of fasting and prayer before Easter. The Shrovetide Fair is analogous to Mardi Gras.

The ballet is set in 4 tableaus: 1: The Shrovetide Fair, 2: Petrushka’s Room, 3. The Moor’s Room, 4. The Shrovtide Fair at Evening.

Tableau 1 opens with the Shrovetide Fair in the middle of St. Petersburg in the 1830s. A Magician unveils the Puppet Theatre and brings his hitherto wooden actors to life. 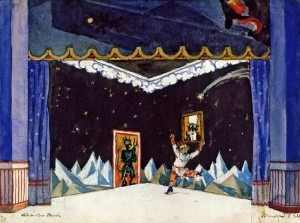 The Moor, in turban and pantaloons, is all bravado. The Ballerina dances en pointe and it is left to Petrushka to be clumsy. The Ballerina has eyes only for the Moor and Petrushka for the Ballerina. Petrushka was a stock figure in Russian puppetry, dating back to at least the 17th century. In a sense, Petrushka could be thought of as equivalent to Punch of Punch and Judy. Petrushka was depicted as a long-nose jester, wearing a red skirt and a pointed hat with a tuft on top. 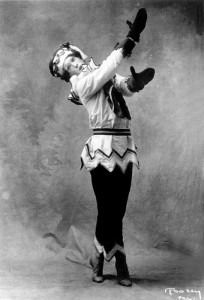 Stravinsky: Petrushka: Tableau 1: The Shrovetide Fair (Cleveland Orchestra; Pierre Boulez, cond.)
The second Tableau opens in Petrushka’s room, decorated like the night sky, with stars and a moon, abstract mountains of ice, and a prominent image of the Magician. We open with a drum roll and then a strange arpeggio in the clarinets – this is the “Petrushka Chord” built on an atonal combination of notes a tritone apart. From this we can understand Petrushka’s internal battle: hate for the Moor and love for the Ballerina. He dances awkwardly until he sees the Ballerina whereupon he now dances frenetically, frightening her off again. 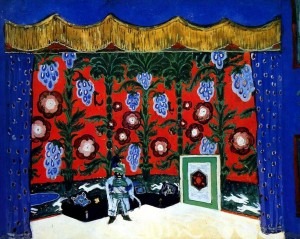 The Moor’s Room by Alexandre Benois

Tableau 2: Petrushka’s Room
Another drumroll and we’re in the Moor’s room, a fantasy of colors meant to evoke a desert oasis. The Moor’s actions show him to be somewhat of an idiot, but the Ballerina loves him anyway. She attempts to seduce him through dance but it is all interrupted by the jealous Petrushka. His attack on the Moor ends in failure as he flees the stronger man. 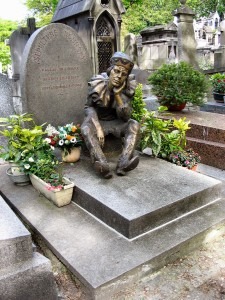 Tableau 3: The Moor’s Room
The final Tableau, set at the Fair in the evening, begins with a number of entertainers, including a man with a bear, gypsies, and masqueraders. There is a dance of the Wet Nurses before all is interrupted by the continuation of Tableau 3. Petrushka appears on stage pursued by The Moor. When The Moor, pursued by the Ballerina, catches up with Petrushka, he kills him with his scimitar. The horrified crowd is placated when the Magician shows them that what they saw were only puppets. The Magician removes Petrushka’s body and then, on top of the puppet theatre, the ghost of Petrushka appears again, frightening the Magician, who runs away. We’re left with the question of what or who is real and who is just a puppet.

Tableau 4: The Shrovtide Fair at Evening
At its première in Paris in June 1911, the work was seen as advancement in ballet, where the music, the dance and the stage décor combined to make a masterpiece. It became one of the roles that Vaclav Nijinsky was identified with and even on his tomb, the character lives on.