You’ve heard of pocketbooks, pocket watches, pocket battleships and pocket money, but what about pocket symphonies?

According to Wikipedia, “a pocket symphony is a song with extended form. The term was popularized by English journalist Derek Taylor, who used it to describe the Beach Boys’ 1966 single Good Vibrations. The description of a “pocket” symphony had appeared in print since as early as 1928”.

Pocket size pieces are mainly to be found in the pop and rock genres, but the classical world too has these small gems. Think of any short piece that seems like a complete symphony. Such as Mozart’s Eine kleine Nachtmusik, which is actually a serenade, but it has the structure to be called a pocket symphony. Have a listen to this exuberant version of the allegro, from A Little Bit of Night Music.

Angelo Francesco Lavagnino is a composer you may or may not know. He comes from Italy and is best known for his film scores; he even wrote a few soundtracks for films by Orson Welles. His Pocket Symphony, which was written in 1949, does sound a bit like a Hollywood action-adventure flick. Only lasting nine-minutes over two movements for string orchestra, it encapsulates the essence of a symphony. 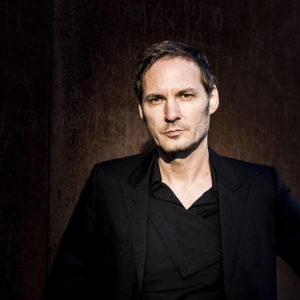 The German composer with the Scandinavian name, Sven Helbig, has two albums of pocket symphonies. One is electronica (2016) and the other for piano quartet and orchestra (2013); now there’s a format you don’t hear or see every day.

The 2013 album is full of enchanting music that sounds fresh and alive. In this Sampler, you get to hear the depth of his music that is full of lively and enticing musical ideas. Deutsche Grammophon says about this album, “Pocket Symphonies are twelve symphonic pearls in the form of songs. Short, catchy and yet with the immensity and depth of great classic symphonies, they draw on centuries of power and glory”. 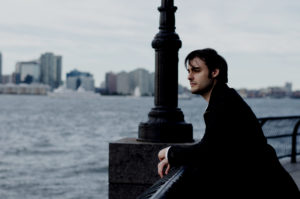 And, that’s a great description of a pocket Symphony. Perhaps a condensed work like this might be just the ticket for struggling orchestras and concert venues around the world. These shorter, compact and delightful works could open up new sonic territory and bring in new audiences into the old world of concert hall music.

Marc Migó was born in Barcelona in 1993, he’s a composer and pianist. Here’s his Pocket Symphony No. 3, which runs for seven and a half minutes. This gorgeous music, which includes a guitar, is beautifully arranged, each instrument gets its voice heard. His idea of a pocket symphony, as he says is “pretty loose”, yet, you can hear exposition, development and recapitulation, just like most symphonic movements in sonata form have.

Pocket Symphonies are so popular that there’s even a group who call themselves The Pocket Symphony. Based in France, they are made up of 12 instrumentalists. The group specialise in music that fits the idea of a pocket symphony. That’s to say, works for a larger orchestra, broken down and specifically written for their size. They say that they “aim to offer a fresh and daring look at the chosen works”. Pocket Symphony can also take music where it does not go conveniently. In this Teaser of their music, you can hear the quality of their playing.

The music that fits the format of a Pocket Symphony is fresh and lively, at least that’s what most composers and arrangers feel matches the format best. This may be one way to help with the diminishing concert hall audience.

There’s quite a bit of discussion of late about the length of classical music concerts. I sit in the camp that says most concerts are too long.

Classical, pop and rock all suffer because of overly lengthy concerts. Less than 90 minutes is my preferred length. The reasons for this are many. Poor seating, E.g. churches, seats too close together and plastic seats. Inappropriate start times. Too many concerts begin around dinner time. Afternoon concerts work better for me, 3 pm to be precise. This gives time for people to go out and discuss the concert afterwards. Pocket concerts would be a way to help improve concert music attendance. Plus, you could have more of them, with a greater variety of music. Get rid of the interval, it’s a waste of time.

Pocket Symphonies would solve the problem of all these overly long concerts. Five or six 10 minute condensed pieces would still give the classical music lover their hit of form and style, without the duration. A concert could be over in 60 to 75 minutes. Maybe Pocket Symphonies and Pocket Concerts would increase attendance and interest in the world of classical music.