In Tune Society
In the valley, by the water, on the mountain
by Rudolph Tang November 19th, 2017

The new trend of village festivals 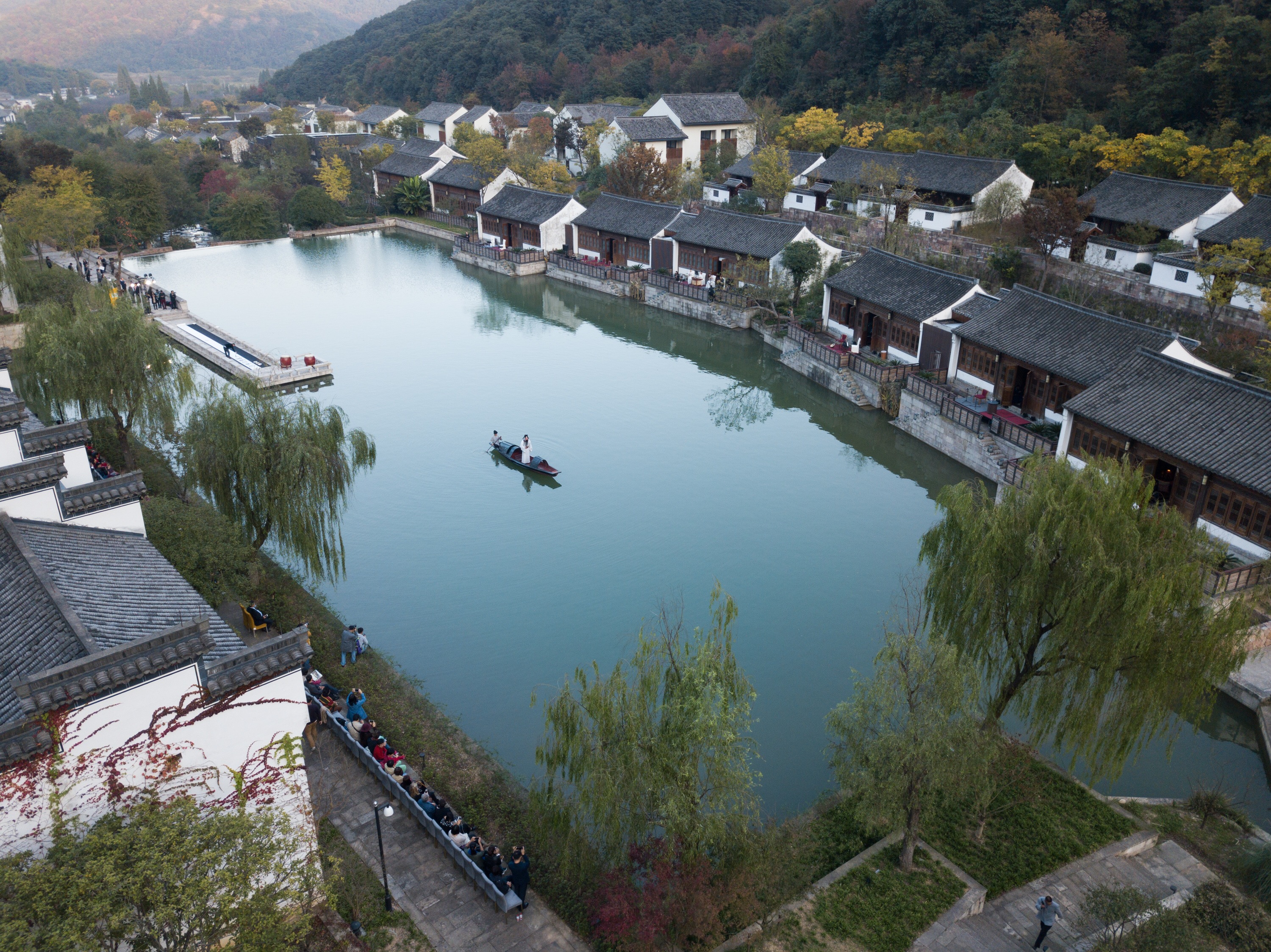 Aerial view of the property

In the early 4th century, Wang Xizhi (王羲之), often hailed as the greatest calligrapher of all times and best known for his running style calligraphy, wrote Lanting Xu (蘭亭集序 Preface to the Orchid Pavilion) a collection of poetry produced by dozens of literati during a wine-drinking and poet contest at Lanting in the valley of Kuaiji Mountain（會稽山）in Eastern China. A pavilion replica stands on the promenade where the script was carved into a stone. The site is recognised as a sacred shrine, the epitome of calligraphy in particular, of Chinese traditional culture in general.

Not far from the pavilion on the other side of the Kuaiji ridge, lies a new born music festival in a valley dotted with reconstructed black and white cottages. The Lanting Royal Music Festival（蘭亭若耶音樂雅集）was inaugurated in spring during the cherry blossom season. The winter edition follows in mid-November from the 9th to 12th, attracting an audience of just over 100. 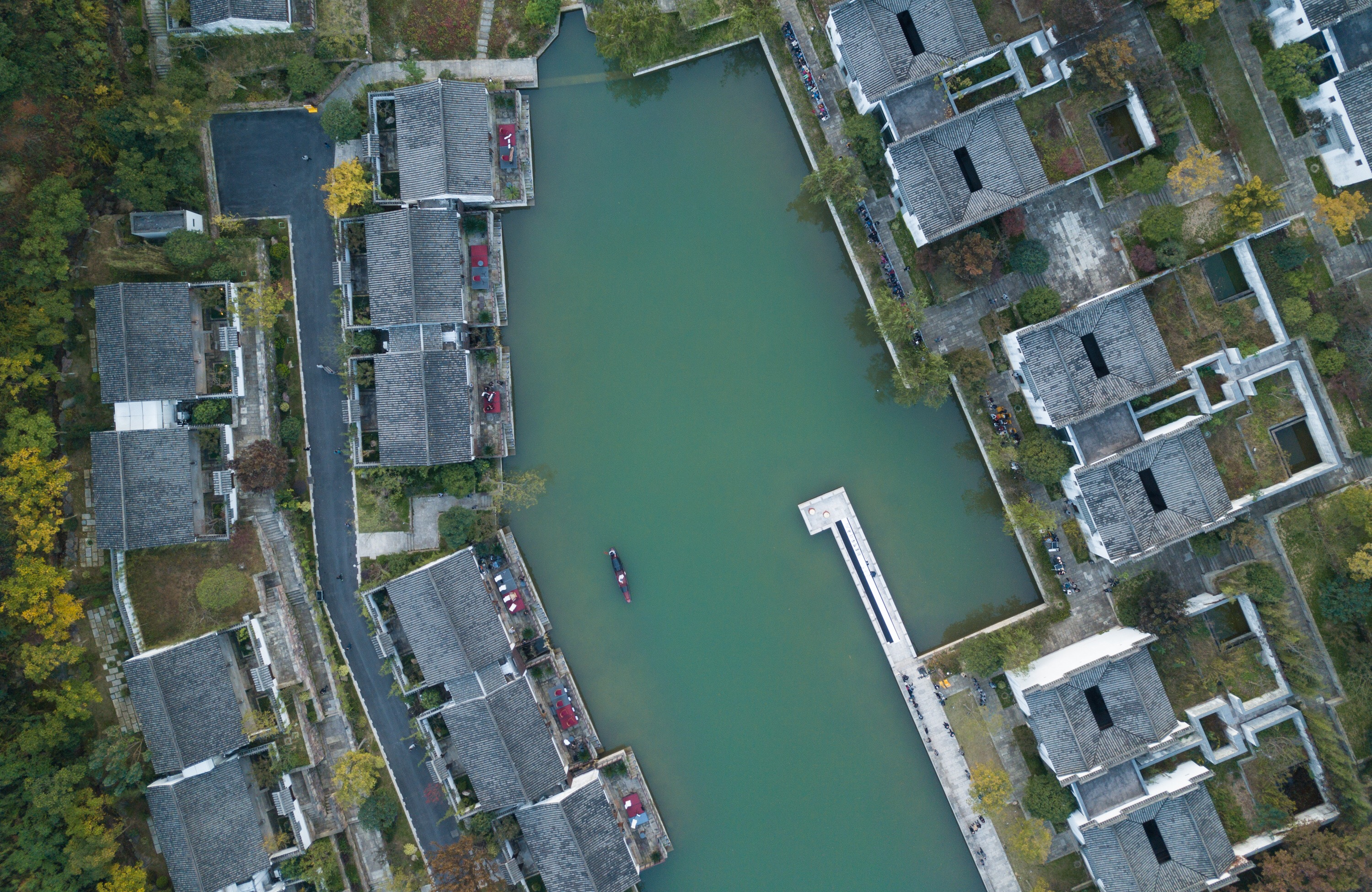 The very selective and attentive audience listened to performances presented by 51 artists, mostly from China and Russia, among them Grammy Award winning artist and sheng player Wu Tong（吳彤）, Russian bayan guru Yuri Hishkin, virtuoso faculty members from major conservatories and their students. A total of 17 concerts, matinees, lectures, poet reading accompanied by live music were staged in six venues across the valley and water of Lanting Ahn Luh（蘭亭安麓）, a brand new luxurious resort chain with Ming and Qing design style as its signature.

Lanting Royal Music Festival is indeed an extremely exclusive event. All the concerts taking place within the hotel complex were reserved exclusively for guests booked into its 99 rooms, whose rate during the festival begins from RMB 4,200 per guest/four nights for an offsite suite to RMB 13,800 for a pond view villa, tickets and meals included for all guests. Its royal title does not come from an imperial appointment but an imitative word of the Roye Creek（若耶溪）, which the namesake is derived from. 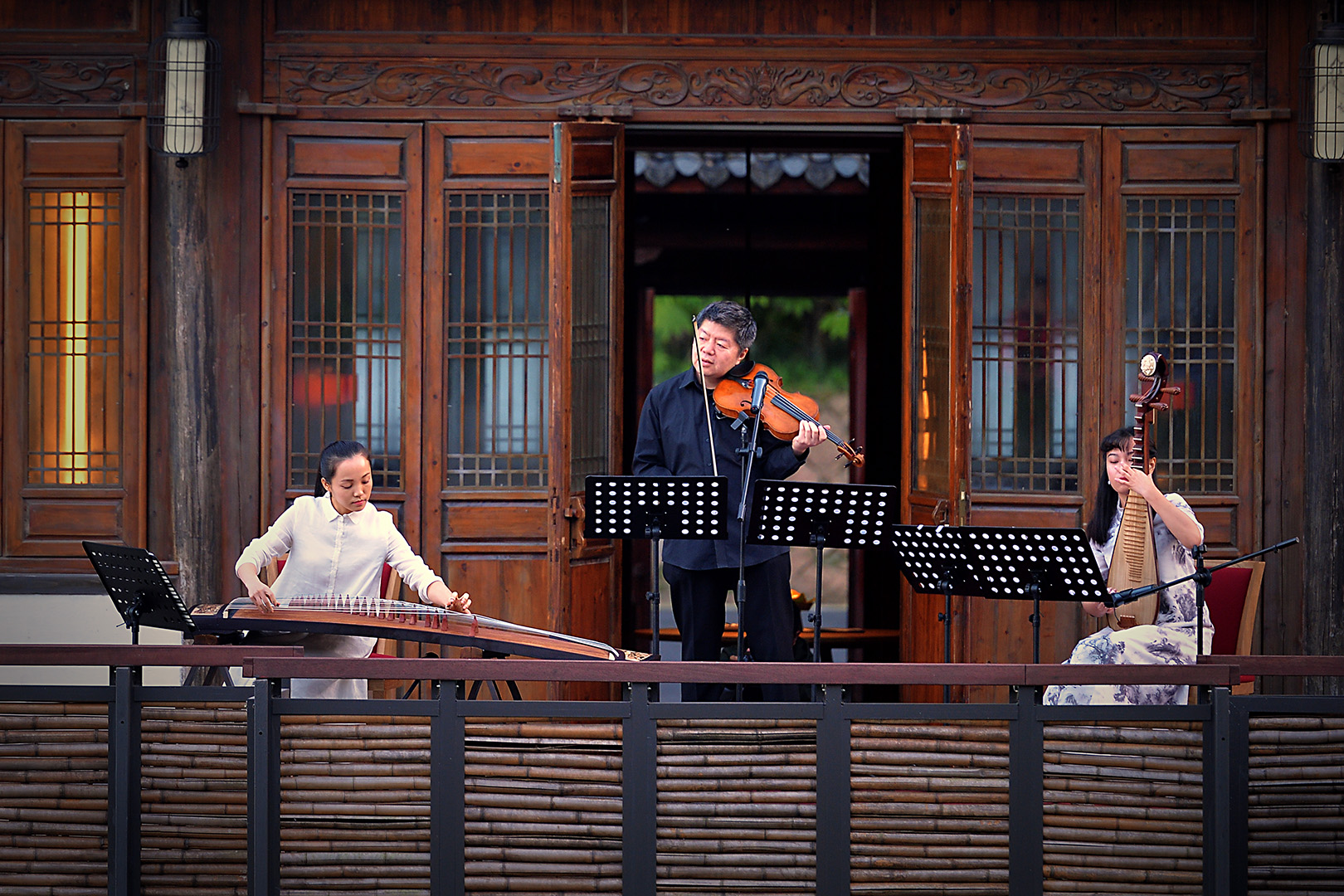 The festival is presented by the resort in partnership with a critic turned music promoter. It was the brainchild of music critic Liu Xuefeng（劉雪楓）, a Peking University alumni who specialises in the operas of Richard Wagner and the history of Wei-Jin dynasties. A former Editor of Philharmonic magazine and the Chinese edition of the Gramophone, he now teaches several best-selling online courses on music appreciation which earned him fortune and fame from hundreds of thousands of subscribers who often had no access to classical music. His loyal subscribers, most of them people eager for a more enlightened life through fine music, formed the backbone among the guests. 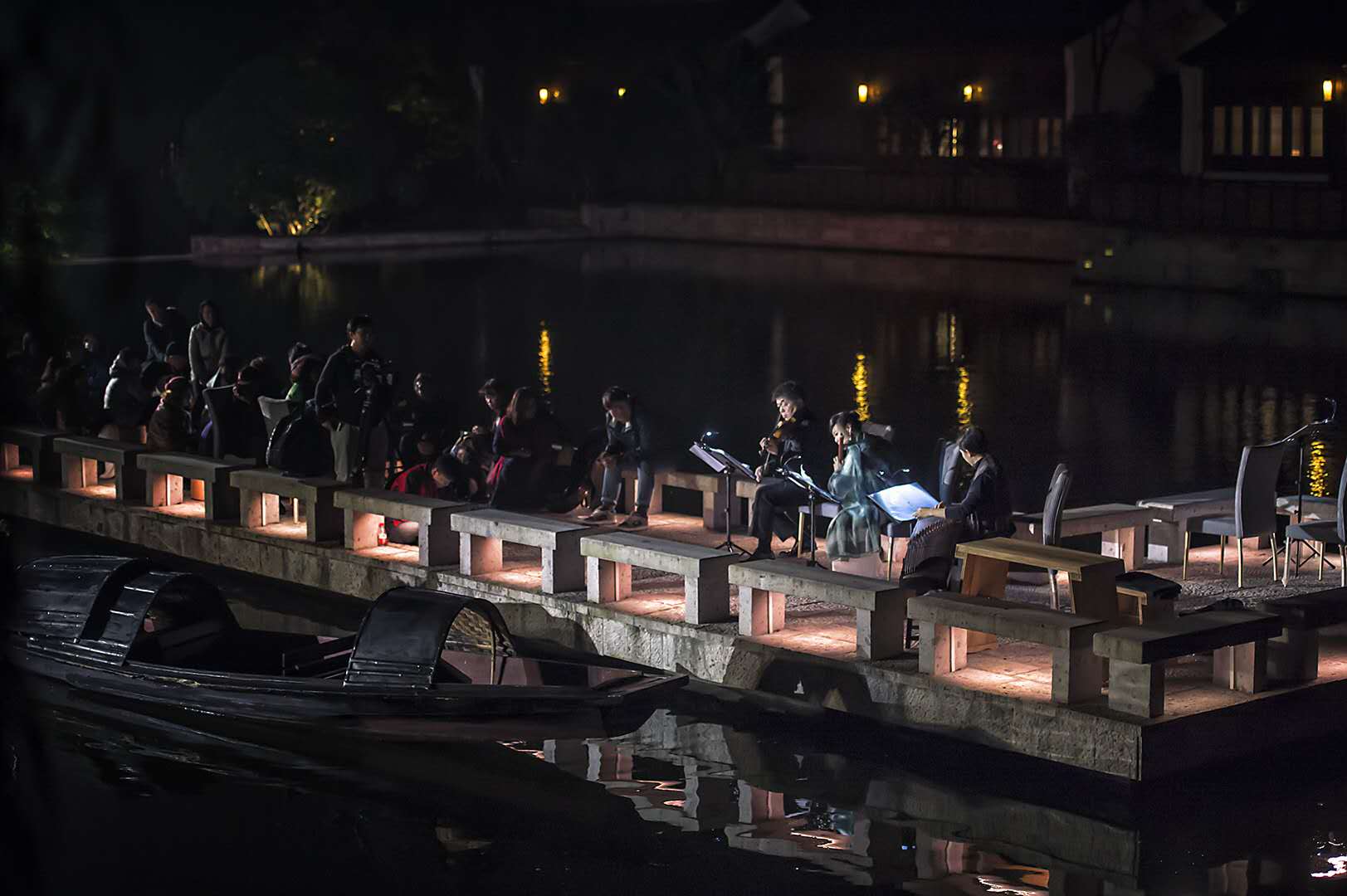 Multiple performances were attended each day during the four-day event, normally starting after 10 AM but could run as late as from 10 PM as a late night concert. Guests were expected to trail between the various venues located in the valley, on the mountain or by the water set amid the breathtaking landscape carefully curated by the festival’s music director Ms Sun Yun（孫韻）, herself an accomplished concert pianist. Musicians were always spotted commuting on a golf cart carrying their instruments: from erhu, sheng, zheng, pipa, guqin, daf, morin quur to their European counterparts violin, bayan, clarinet, cello, guitar, bouzouki, etc. 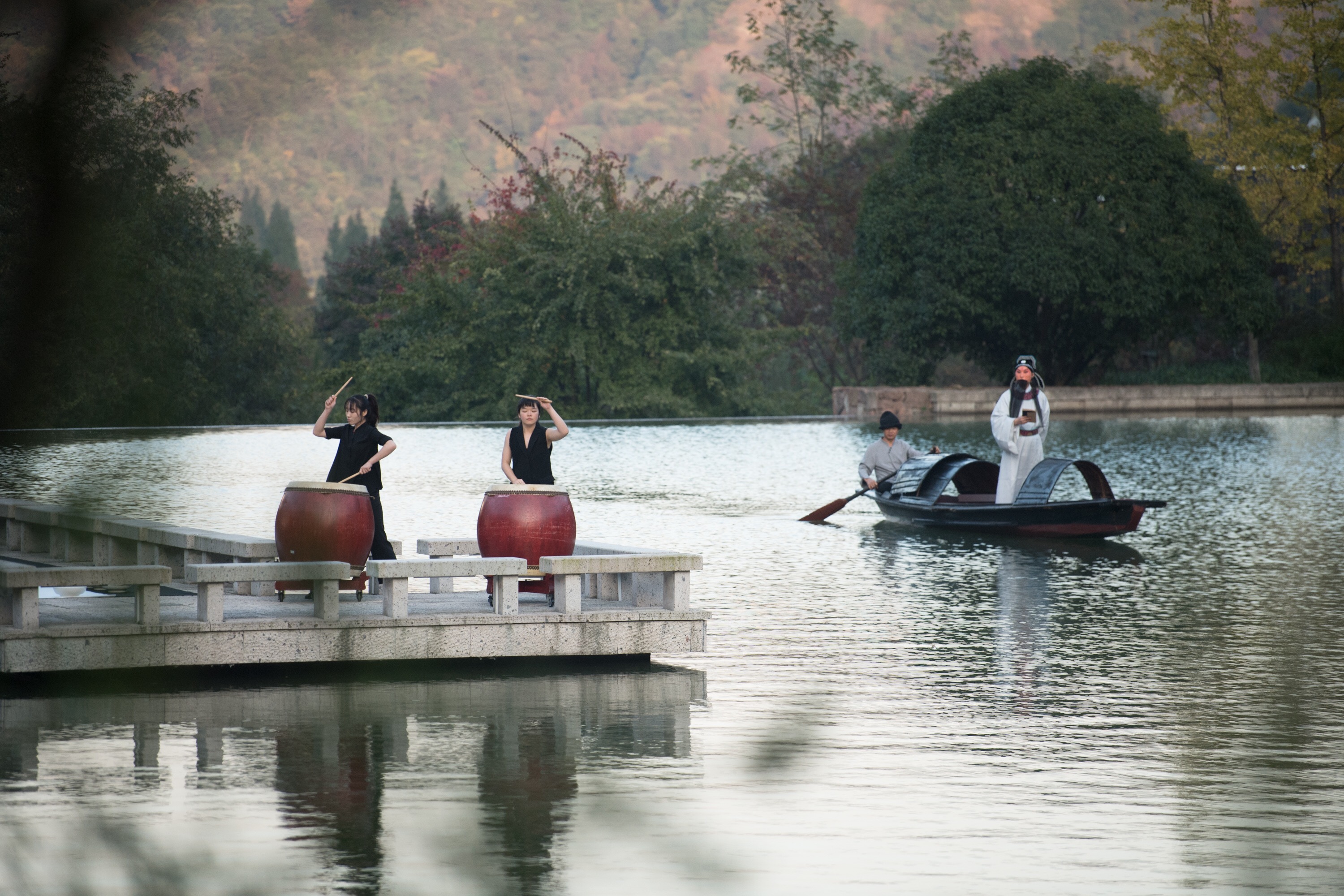 While most European festivals I have been to are sometimes prone to present limited or homogeneous genre of music: classical, opera, chamber, contemporary, world music, it is Mr Liu’s long standing idea to create a “discrimination free” festival that embraces serious music of all genres like an open category competition who is inspired by the festival settings of Røros in Norway or Schwarzenberg in Austria, to name but a few. Musician friends of his, who had come in twosome or threesome, were encouraged to form unconventional small ensembles across disciplines or focus on improvisations. Wu Tong played sheng and vocalised to guitar accompaniment at a late night concert on a water pavilion, taking full advantage of the incredible natural acoustics. An erhu quartet played Sarasate’s Zigeunerweisen among Chinese classics. 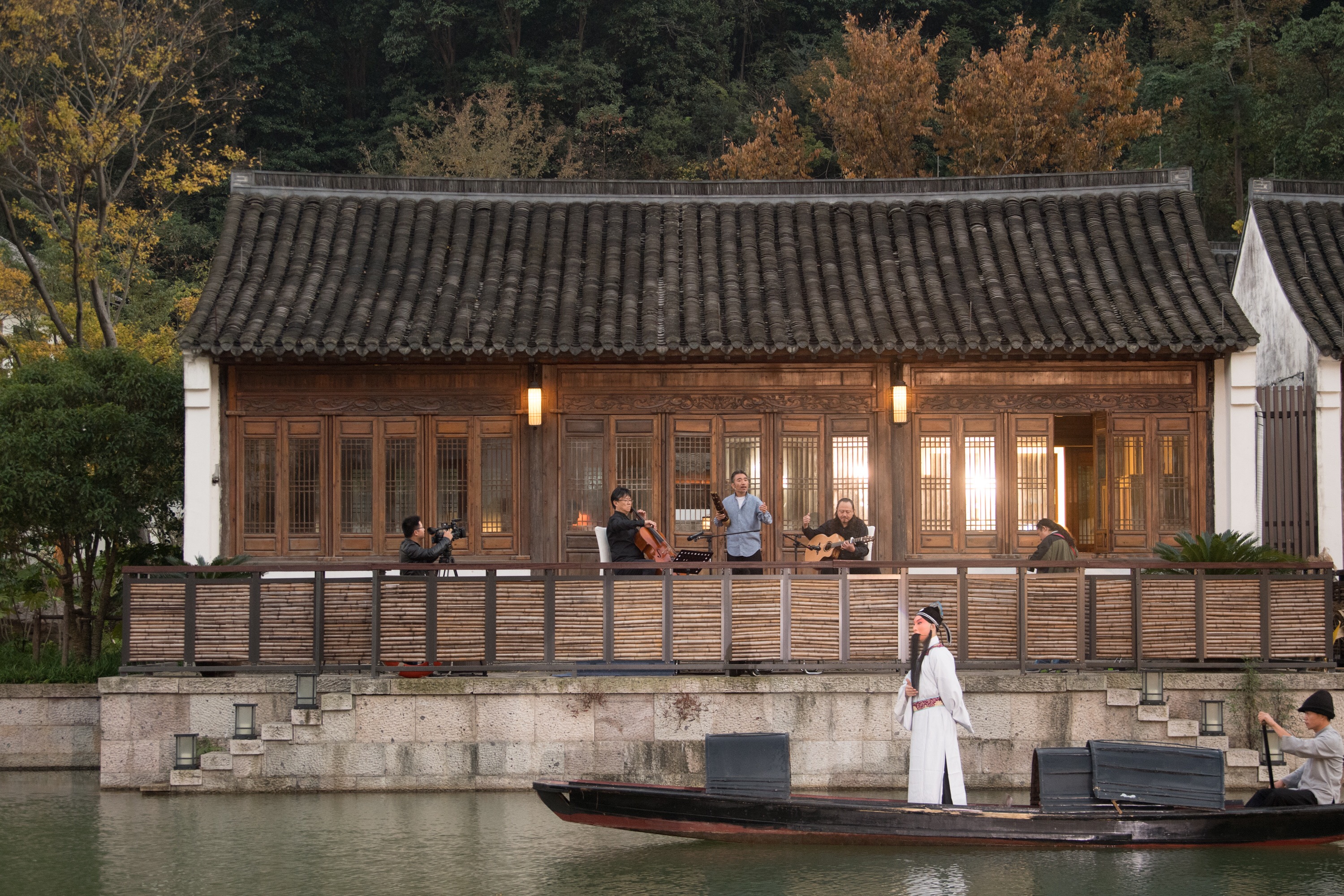 But the seriousness in the playful teasing is equally obvious. The official hotel opening reception taking place at a pool party was supplied as usual with wine, sparkling water, refreshments, speeches but highlighted by Bach’s Chaconne delivered by Song Yang（宋陽）, a Shanghai based violinist playing on a modern and a period instrument respectively so its nuance can be captured. Though few listening can tell the subtle difference, they got “violin evolution in a nutshell” as a bonus anyway.

The resort believes in promoting Chinese cultural heritage by purchasing, disassembling, moving, restoring old wooden houses and reassembling them at the hotel property for guest use. According to Ms Yu Ping（鬱萍）, Vice President of the property owner, the festival shares the same value and notion with the investors: to present the best music in the best scenery to the best audience. The city of Shaoxing（紹興）also gave its support by staging two separate affordable concerts with the festival roster. Two festival concerts were streamed live by Phoenix Online（鳳凰網） watched by 150,000+ viewers in a hope to reach maximum visibility.

A live recording from the festival’s concert by Rudolph Tang
Performed by Zhao Xia and her band from Beijing.

Lanting Royal Music Festival is exceptional, but not alone. It is one of the few examples of village festivals where the mission of a musical founder is met with the passion of a real estate developer. In a bigger picture, China aims to transform over 1,000 villages by 2020 into culture and arts oriented tourism in order to boost environmentally friendly economy in the rural area. Similar festivals have emerged from villages in Yunnan, Zhejiang, Hubei provinces but few come as privileged as Lanting. 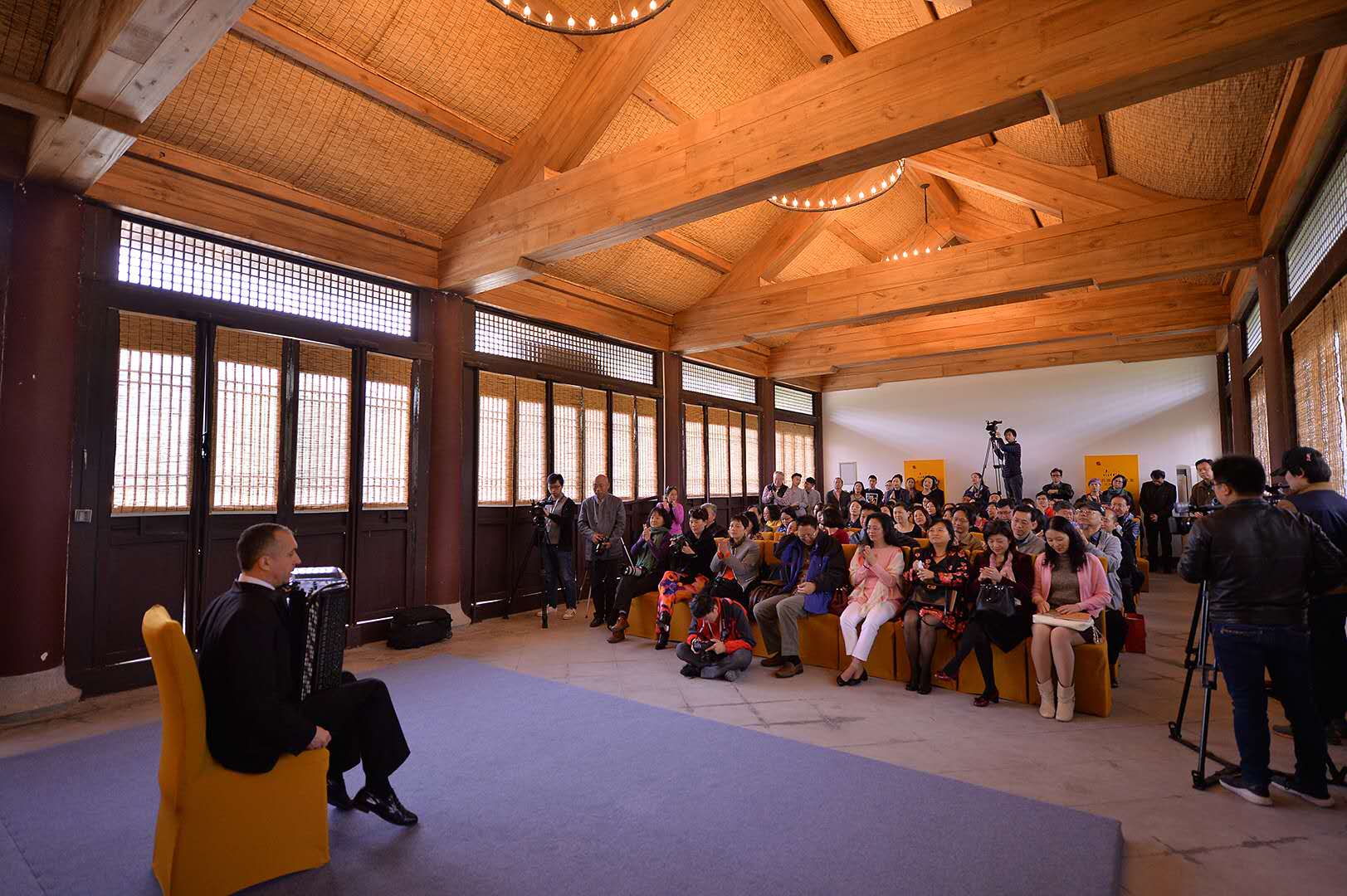 Other village festivals that one might take a look

Every summer, the town of Lishui in Zhejiang province turns to the stage of a handful of specialized music festivals for saxophone, erhu, piano, composition etc. Originally funded by a wealthy restaurant owner and commenced in 2015, Lishui is eager to rise to a festival town.

For tourists, the farming terrace in Honghe area is a UNESCO site, but for local people, it’s food and livelihood. In May, the local farmers seed the terrace accompanied by chanting with instrumental accompaniment, a tradition with hundreds years of history. The opening of the farming season, referred to as the “Festival of Farming”, is now a festival attracting thousands of spectators.

Curated by two veteran string players from the Central Conservatory of Music, a monk string ensemble and a Buddhist music academy were both established by Tiantai Temple（天台寺）. The temple now runs a unique summer camp plus festival, where guests may expect veg dining, dorm lodging, Buddhist music, Bach and Mozart, all played by an all monk ensemble.