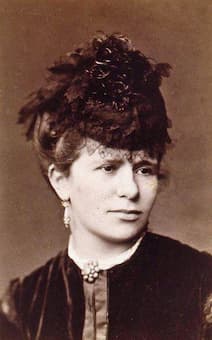 Jaëll, a French pianist, composer, and teacher, composed works in several genres—solo piano, concertos, and quartets. Attuned to music from her very beginnings, by age seven she was studying with none other than Felix Mendelsohn’s teacher Ignaz Moscheles. One year later she was already concertizing in France, Germany, and Switzerland. Her mother acted as her manager. Jaëll’s talent was such that she entered the Conservatoire at age 16, and within four months attained the coveted First Prize of Piano. In 1865 the renowned virtuoso pianist Alfred Jaëll, who rubbed shoulders with many of the great artists of the day, fell in love with Marie. She accepted his proposal of marriage despite misgivings that he was fifteen years her senior. The couple soon established a salon in their home in Paris, and they often performed the four-hands piano repertoire together as well as their own compositions. 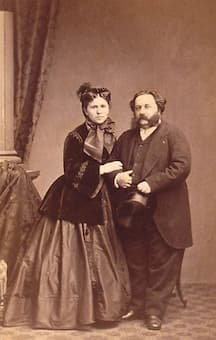 Marie worked hard to develop her skills, and studied with such illustrious composers as César Franck and Camille Saint-Saëns. During this time she composed chamber music, concertos, an opera, and sonatas. She continued her work after her husband died in 1881 and within a few years, after studies with Franz Liszt in Weimar from 1883-1886, she undertook a feat few pianists even in our day would attempt—performing the complete piano works of Liszt and all thirty-two Beethoven sonatas in two sets of celebrated recitals. During her later years, she concentrated on writing a decisive treatise on piano technique. The Marie Jaëll Method was one of the first to address the physiological approach to instrumental technique. 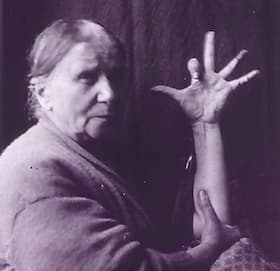 Jaëll wrote a cello sonata in A minor, and a lyrical and masterful three-movement cello concerto dedicated to Jules Delsart one of the foremost French cellists of the time. The opening movement of the Cello Concerto in F Major, the Allegro, is gorgeous. A string crossing passage similar to one in the Dvořák Concerto appears as well as lots of double stops but the melody is heart-stoppingly beautiful. The Andante sostenuto is tender, and gently orchestrated primarily with string accompaniment often playing pizzicato. It’s lovely. The Vivace molto begins light and fleeting with flashy passagework and chromatic scales, which are interrupted by a lilting and charming folk song-like central section. The animated tarantella-like section returns. The cello intercedes once again this time with a dramatic cadenza in double stops, and intricate string crossings, before ending with the panache. This concerto is a must for budding soloists. 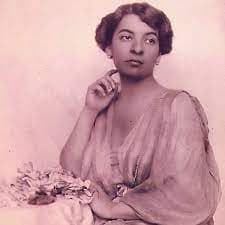 The Croatian composer Dora Pejačević was born in Budapest to a worldly, wealthy family. Her father was a Croatian-Hungarian count and her mother was a baroness and fine pianist. Dora began her studies with her mother and commenced composing by age 12. After brief studies in Europe, Dora continued on her own, developing her skills in counterpoint and orchestration. Prolific from a very young age, she wrote sixteen chamber music pieces during her teens and early 20s. Dora turned away from her privileged life and music to volunteer as a nurse and became a witness to the horrors of World War I. The traumas affected her for the rest of her life.

Tragically, she passed away at the age of 38 shortly after giving birth. We are fortunate her worthy musical works—more than fifty—are preserved. They include a piano concerto, 20 pieces for solo piano, songs, a piano quartet and quintet, and a rapturous Piano Trio in C major op. 29 from 1910, full of romantic and lush melodies, many of them for the cello. It’s a major work of 35 minutes. 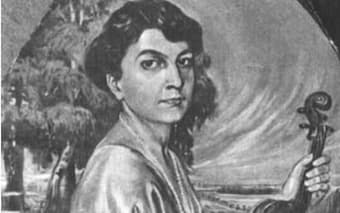 Pejačević’s four-movement Symphony in F-Sharp Minor op. 41 is dramatic and eloquent. Artur Nikisch, the legendary conductor, quite impressed with the symphony, programmed the piece frequently. More recently in 2021, it was broadcast live from the Barbican Hall, performed by the BBC Symphony Orchestra with conductor Sakari Oramo at the helm.

The Pejačević Cello Sonata Opus 35, like the Brahms cello sonata, is in E minor. A thirty-minute work, massive in its four-movement structure, it includes a scherzo and an adagio bookended by two allegro movements. Her imaginative and expressive cello writing indicates an exceptional familiarity with the instrument. The piece opens with a touching and exquisite first theme. Most of this opening is played in the higher registers of the cello, which gives this movement lightness and lyricism. The theme returns several times seemingly unhurried and pastoral-like, but it becomes increasingly breathless and more agitato. The movement ends dramatically with a passionate high E.

The adagio sostenuto, in the lush lower range of the cello, is weighty and lyrical with a shade of melancholy tugging at one’s heartstrings. The composer has written the piano part sensitively to allow the cello to soar. The ending fades away, morendo. This beautiful sonata is a work every cellist should consider programming, and in case you play the viola, there is a viola transcription as well. We can only wonder what other major works she might have written. Much of her music remains unpublished.


I’m certain listeners and cellists alike will be captivated by this music, until now, not well-known and infrequently played.