Artists Interviews
In Touch with Mark Latimer of ‘The Imperfect Pearl’
by William Cole May 28th, 2015 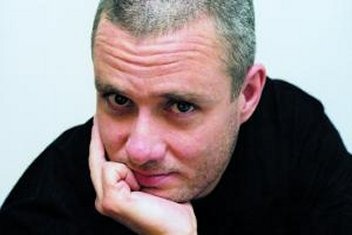 The name of composer Domenico Zipoli may not be familiar to our regular readers. But a recent UK-based project, The Imperfect Pearl, has committed to presenting this composer’s extraordinary music and even more remarkable life story. The project, inspired by the remarkable discovery of Zipoli’s original manuscripts in a bathroom in 1972, is led by pianist Mark Latimer, and I began by asking Latimer about his own first encounter with Zipoli.

‘My co-producer Heulwen Phillips and I were looking for South American baroque music to use in conjunction with South American contemporary music for a festival we were planning’, he said. ‘But having accidentally discovered fragments of Zipoli’s astonishing life, we proceeded no further with that, and concentrated solely on trying to create something based on this remarkable life, and eventually produced ‘The Imperfect Pearl.’ Latimer is also passionate about the communicative power of this project. ‘The recent discovery of such a prolific baroque composer whose music languished in total obscurity for centuries, the incomprehensible details of his life as well as the extraordinary quality of his remaining extant music, will resonate with audiences purely for these reasons alone. It has been clear with performances we have put on that it is indeed very popular with audiences.’

The Imperfect Pearl has been described ‘part play, part opera, part concert’; I asked Latimer about the relationship between these elements. ‘I think we originally described it that way ourselves at the beginning as through its inception and creation’, he said, ‘as it didn’t seem to want to conform to or be pigeon-holed into any extant art form. Although that may seem a bit of a mélange, all the disparate elements do work off and with each other.’ Surely that must have created a difficult creative process? ‘‘The creative process’ began when we unearthed this remarkable gentleman’, he replied. ‘We then set about putting together a team who might be able to go with our ideas and streams of consciousness and at times, possibly lunacy! Then, through two grueling fortnights of eight hours of work a day, we built our entire edifice of a concept from scratch. This I believe we accomplished, no … more than accomplished. We ended up with something that is far more than the objective sum of its parts, and I’ll never be able to sufficiently thank or repay my debt to our fabulous posse of colleagues and cohorts.’

Domenico Zipoli: Violin Sonata in A Major
Zipoli is not a familiar name to many concert-goers – I asked Latimer to tell me more about this man’s work. ‘To anyone unacquainted with his music, it may appear on first hearing to have much in common with most of his contemporaries’, he replied. ‘But a more profound exploration reveals a truly different and remarkably original voice, which manages to convey, within the obvious strictures of form and period, pathos, joy and a myriad of other emotions. In terms of how he fits, in my opinion he is the equal of any Baroque composer in all respects, and had he not died at such a tragically premature age, would unequivocally scaled even greater heights.’

The Imperfect Pearl is a rare example of a major artistic project that boldly moves away from programming reliable ‘box-office’ standards. I asked Latimer about performing music that sits outside the core repertoire. ‘Before my hands became crippled with Duyputrens Disease, I had played a considerable amount of non-core repertoire – Alkan, Busoni, Reger and so on. Coincidentally, I was supposed to be giving the first Hong Kong performances of the Alkan Concerto for Solo Piano at the Hong Kong Arts Festival five years ago, but alas owing to my hands, I was sadly unable to carry that out. Take a magnum opus like The Fitzwilliam Virginal Book – that is hardly ever seen or heard, either excerpts or especially in full! But most Baroque composers seem to fare quite well, so I guess we’ll have to await the discovery of another Zipoli to encounter someone so under-performed as to be non-existent!’

The Imperfect Pearl, a music-theatre work exploring the life and work of Domenico Zipoli, is touring the UK throughout May and June. Find more details at www.perolabarroca.com and on Twitter via @PerolaBarocca