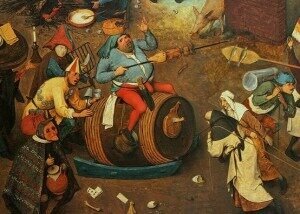 A Lord of Misrule

When you think about time shifts in music, we think of Stravinsky, where in The Rite of Spring, there are sections where the time signature changes every measure. But what if there were a song, known to most people, where the time shifts were taken for granted? 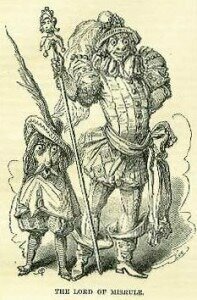 The holiday song ‘The 12 Days of Christmas’ was first published in English in 1780 as a poem without music. It was part of a memory game, where the leader would add more complicated verses and the group would then recite all the verses back each time or pay a forfeit. The 12 Days of Christmas begins on Christmas Day and concludes, 12 days later, on Twelfth Night, or January 6. Twelfth Night was the day that the Lord of Misrule held sway and all the world was turned upside down: The King and all those who were high were now the peasants and the peasants would rule. At midnight all would return to normal. 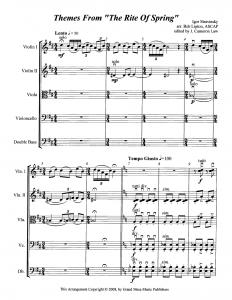 Time changes in Rite of Spring

Back to our song. The most familiar melody for the song was published in 1909. The English composer Frederick Austin took a traditional melody and then added his own two-bar theme for the ‘Five gold rings’ verse to make that distinctive slower section. The time signature for the melody shifts between 4/4 and 3/4, so that the introductory lines are made up of two 4/4 bars while most of the lines that name the presents are in 3/4 time. The exception are the expansive 4/4 bars on “Five gold rings.” If you’ve felt that the song seems to rush on, the explanation is the mix of 3/4 bars and 4/4 bars: the gifts in 3/4 time surrounded by the 4/4 bars give this song that hurried feeling.

The 12 Days of Christmas (Cherwell Singers , Julia Craig-McFreely, cond.)
So, although you may think that you lead your life in strict time, every once in a while, a song can slip in the odd rhythmic shift and push you forward into giving your next gift a bit early!