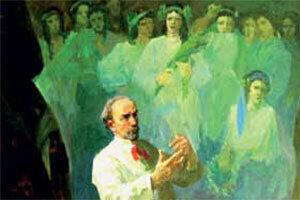 In the holiday season, there are distinctive holiday songs that seem to play incessantly in all the shopping malls. We hear them and they are expected to put us in a ‘holiday mood,’ but do we really listen to them?

It’s an interesting experience to be participating in a concert, as it were, as you move around the mall, but at the same time, are not really expected to be listening to the music, but only reacting to the feeling that the music sets up in you. Even if the music is unfamiliar to you, it becomes part of the audio wallpaper that signals the season.

We should resist this attempt to move music into the background as simply the set upon which all the action happens. Take the time to really listen to what’s being played and see if you can find a deeper joy in the music.

One piece I particularly enjoy is the Mykola Leontovych’s ‘Carol of the Bells.’ It was written in 1904 and made its holiday impression beginning in the 1920s and, even as a simple vocal work, evokes the ringing of the holiday bells. The work is built over a repeating 4-note rhythm and each voice seems to take aspect of that basic ostinato: the high rushing repetition of the little bells, the slower iterations of the lower voices. In this vocal version, listen for the change in speed between the first entry of the sopranos and the slower entry of the altos on ‘ding dong.’ Then the tenors take up a countermelody, moving against the ostinato. At the end is a final ring, with the basses giving the last ‘dong.’ 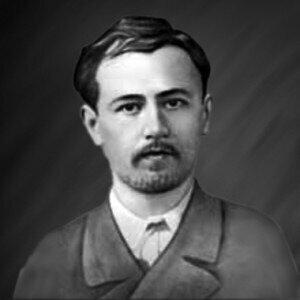 Mykola Leontovych: ‘Carol of the Bells.’ (Boston Pops Chorus, Arthur Fielder, cond.)
In this orchestral version, it’s a bit easier to hear the various bell voices, and the rhythms are more definite.

Mykola Leontovych: ‘Carol of the Bells’ (Royal Ballet Sinfonia, Gavin Sutherland, cond.)
In listening to these two versions back to back, we can start to appreciate the skill that Leontovych brought to the piece, taking what might just be a clamourous sound in the air and turning it into a delicate dance of the bells, swirling their sound around us, each voice putting in their own part. The rushing high voices, the more deliberate middle voices but which are eventually swept up in the soprano’s excitement, and then, in the vocal version, the last definitive statement by the basses.

When you use your imagination to construct the world of the sounds, what are all these bells? The light high bells of a sleigh and the slower bells as it passes the blacksmith’s shop? I think you can imagine more than just a jostle of bells in a steeple – you can populate a whole village with these ringing sounds.

In the holiday season, listen and hear the music that surrounds you. Fight the audio wallpaper and give the composers and their works the ear that they deserve.