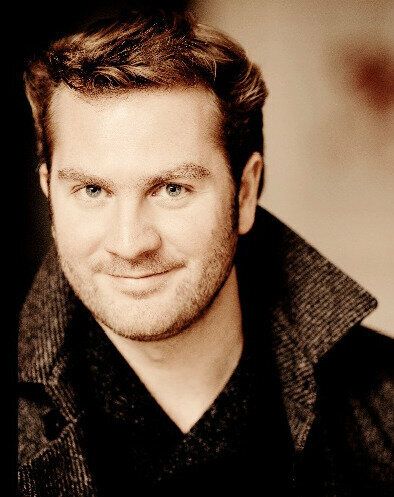 Interlude’s Artist of the Month is baritone Thomas Oliemans, who was recently in Hong Kong where we caught up with him and asked him a few questions about his life, the Schumann program he was presenting, and plans for the future.

We asked Thomas how he came to music and if his family were influential in his profession. He said his parents thought that learning a musical instrument was important for children. At age six, he started violin and his brother began piano. The piano was an inspiration to Thomas and as soon as it was in the house, he spent every minute singing along or trying to sing and copy pop songs from the radio. From that start, singing became his way of life.

Thomas has had great achievements in opera (winning the 2013 Prix d’Amis for Papageno in Simon McBurney’s production of Die Zauberflöte for Netherlands Opera) as well as creating an interesting lieder career. Overall, however, Thomas finds that the basis of singing for him is pure song. The purest and most direct way of music making, whether inventing or composing, is music that any human being can’t help doing! He loves all different kinds of vocal works and genres but song itself remains very important. In the end, we keep returning to the purest essence of singing and music: just singing a simple song. 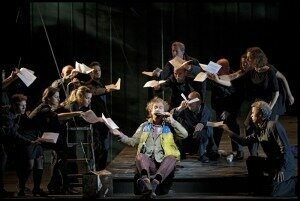 In his outstanding Hong Kong concert, Thomas sang 4 song cycles: 2 from Schumann’s first liederjahr of 1840 and 2 from Schumann’s second liederjahr in 1850. We discussed the difference in the emotions between Schumann’s first and second song years. During 1840, Schumann was active in his pursuit of Clara Weick, and wrote over 150 songs that year, seeking to prove to her disapproving father that he had a viable career. Thomas noted that the story and emotions of the 1840 cycles are those of somebody who is living through very tough and almost life-shattering situations and conflict, but who is able to get out, pull himself together, and emerge as a transformed, maybe even richer, human being. On a more abstract level, you could almost see it as an artist being born. By 1850, Thomas noted that the style is much more troubling. The music is often quite calm and in control on the surface, but underneath, it becomes clear that, for Schumann, there is no longer a way out. The Opus 89 songs (Sechs Gesänge to texts by Wielfried von der Neun) seem to be able to get away from the initial autumn-storms of the first song, a symbol of the despair of an unfulfilled life coming to an end, but even after the almost over-the-top escape of ‘Ins Freie,’ (No. 5), the song ‘Röselein, Röselein!’ (No. 6) follows, showing that there’s no avoiding the suffering that comes with life (‘…roses will always have thorns’).

The Opus 90 songs (Sechs Gedichte und Requiem, setting texts by Nikolaus Lenau) to Thomas seem quite shattering as they show someone who keeps being pulled back to the knowledge of mortality and seems to feel life fading in the wake of it.

In discussing the Lenau cycle in more detail, Thomas focused on the difference between the title of the last piece, ‘Requiem,’ and how it sounds less like a requiem than a peaceful lied. For Thomas, the fact that the final song sounds less like a requiem, in his opinion, is exactly what Schumann wanted, so that is a feature which should stand out.

When Interlude asked him about his future projects, following winning the 2013 Prix d’Amis, he first noted that winning the prize was a great, humbling honour. Projects for the future include Alceste in Madrid, singing the role of Hercule; Donner in Das Rheingold in Geneva; the role of Robbert in the world premiere of Martijn Padding’s 1958 opera Laika in Amsterdam; and Papageno in a reprise of the McBurney Zauberflöte production at the Aix-en-Provence festival. Thomas’ recitals include Schubert, Eisler and Weill, and Schumann and Fauré, but he’s also looking forward to singing Mahler’s Des Knaben Wunderhorn with the Rotterdam Philharmonic Orchestra.

We closed on a much lighter note when we asked him about his readers’ nomination for being a “Barihunk” on the barihunks blog, which covers “The sexiest baritone hunks from opera.” We could hear his heavy sigh at being type-cast when he said, ‘Everybody has the right to love and experience life and music and art in the way he or she wants to.’ Life and music to him are not about six-packs and, to quote from a recent interview from the mezzo Vesselina Kassarova: there are simply not that many singers who actually sing as beautifully as they might look!