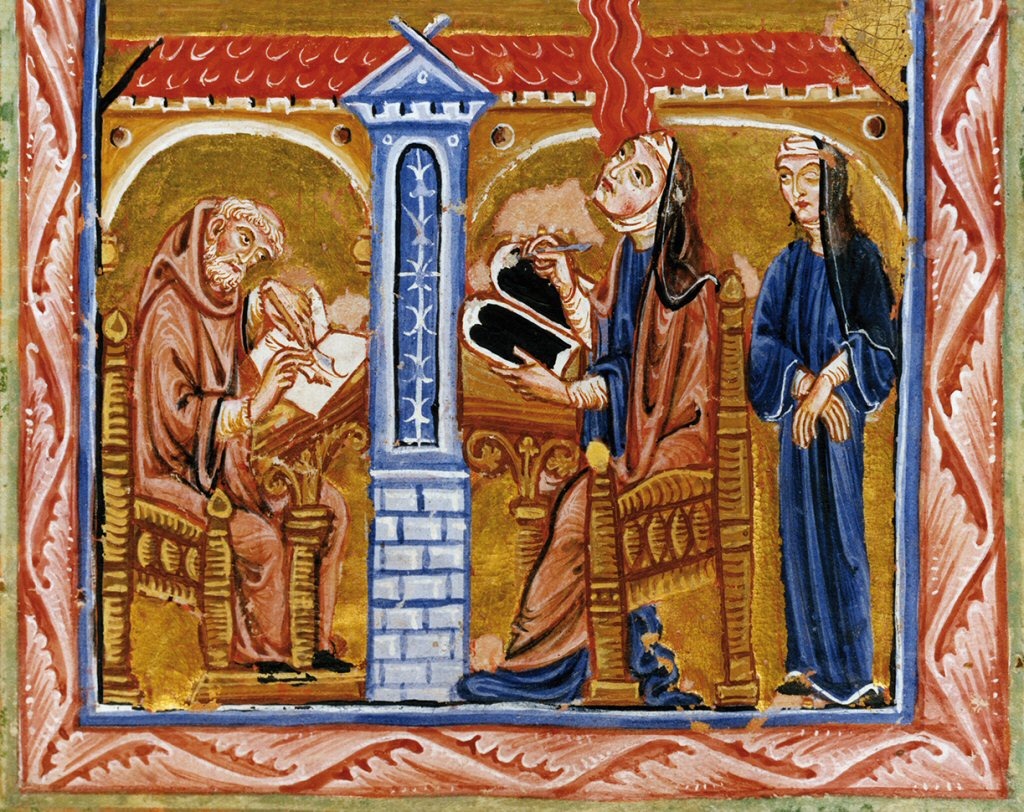 One of the famous stories of demonic possession cured by music was David playing his harp to sooth King Saul (I Samuel).

Although this is taken in modern times as the first instance of music therapy for the treatment of madness, we look at it as representing the power of music. And, in the medieval period, music had the power to cure, to calm, and to give hope of heaven.

The medieval nun, Hildegard of Bingen, was given to the church at age 8 and served the church for the next 80 years. She not only wrote poetry and music but also created art of her visions. One of her most important creations was a liturgical play called the Ordo Virtutum (Order of the Virtues). She wrote this in the mid-12th century and it’s the earliest morality play before the big upsurge in the 14th century. Ordo Virtutum is a musical drama about the struggle between the Virtues and the Devil for a human Soul. 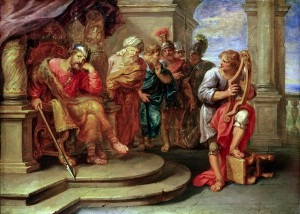 At the beginning of the piece, the Soul is tempted and leaves the Virtues. The Devil thinks he’s triumphant until, at the very end, he has a terrible surprise and loses his conquest.

For this new kind of play showing the defeat of the Devil, Hildegard was able to show that the Soul alone could be tempted, but with the help of the many Virtues (or Virtuous people) of the world, the Soul could triumph over temptation and so defeat the Devil. It’s interesting that her vision of the devil made him musically mute – yelling and grunting don’t really qualify as ‘music’ and it’s the music of the Virtues that help the Soul return to goodness.