Composers Inspiration
The Song With Many Meanings
by Maureen Buja March 17th, 2022 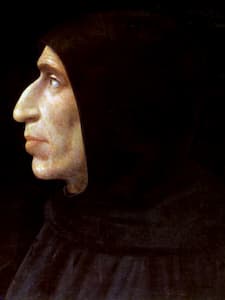 The psalm text “Ecce quam bonum et quam iocundum habitare fratres in unum” (Behold how good and how pleasant it is for brethren to dwell together in unity) (Vulgate Ps. 132, King James Ps. 133) was widely used in medieval times for groups to show their reason for being. Confraternities, groups of lay people who joined together to promote works of charity or piety, began in the 8th century but really became popular starting in the 12th century. 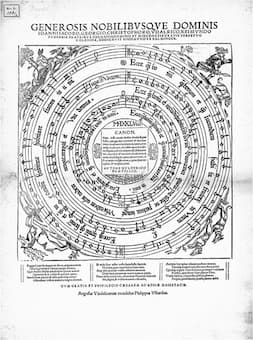 The psalm also became a text associated with the 15th-century Franciscan friar Girolamo Savonarola (1452-1498) who spoke out against church corruption, secular influences in the church, and social immorality, on 7 February 1497, during Mardi Gras, he held a ‘Bonfire of the Vanities,’ where thousands of objects such as books, art, musical instruments, clothing, and cosmetics that might tempt one to sin were burned in Florence.

We’ll start with the basic chant.


The psalm text was frequently quoted by Savonarola in his sermons, and he inspired the Dominican friar Luca Bettini to write a lauda on the text.


Dutch composer Jean Richafort wrote a piece on the text for the Chapel Royal of King François I, who would have been aware of Savonarola’s prophecy that Italy would be invaded, and the church reformed by a French king.


Swiss composer Ludwig Senfl (1486-1542) used the text for a large-scale motet, performed at the Reichstag in 1566, as a plea to the emperor for peace in Protestant Germany. In this setting for voice and lute, Senfl’s music takes on a personal plea. 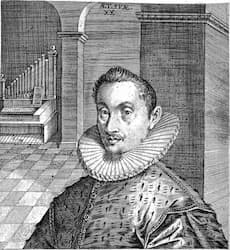 One imaginative setting is by German composer Ulrich Brätel in the form of a canon, but unfortunately, there are no recordings of this piece.

German composer Hans Leo Hassler (1564-1612) started his career in Nuremberg but was sent to Italy in 1584 to study music in Venice, where he became friends with Giovanni Gabrieli. He returned to Germany and worked in Augsburg, Nuremberg, and eventually became Kapellmeister to the Saxon court in Dresden. He did a motet setting of Ecce quam bonum and also used as the basis for his Missa super Ecce quam bonum.


German composer Sebastian Knüpfer (1633-1676) had a role in Leizpig that inspired one of his successors, J. S. Bach. His choral works are unusual in that they are usually set with an orchestra of strings, winds, brass, and timpani.

All these composers chose a text that fit either their Catholic or Protestant beliefs: either in welcoming people working together for the common good or doing their best to change the world around them to make it less sinful. In some pieces, the music can be found in inner melodies, as though pushing a secret message of Savonarola to the world. In other pieces, the text is clearly set and celebrated.