Blog
The Next Operatic Stars
Five Promising Young Singers That You Should Watch Out For in 2022
by Philip Eisenbeiss January 17th, 2022

Once again, it is time for the annual pick of the most promising opera singers of the new year. But first, like any good stock picker, we need to take account of how last year’s winners fared. Stock pickers would state a buy, sell or hold. But that might be less appropriate for our sensitive operatic talents.

Last year’s most promising soprano Rosa Feola certainly lived up to everything this correspondent predicted. She has sung title roles at some of the top stages, and just performed Gilda at the Met to great acclaim. Mezzo Teresa Iervolino has also had a busy schedule in European theatres and festivals. Tenor Michele Angelini continued trilling his way to belcanto glory on specialist stages throughout the continent. Baritone Simone Piazzola enjoyed steady employment and strong reviews and has also had numerous appearances on Italian television. Bass Marko Mimica demonstrated his prodigious talent on increasingly important stages. But 2021 was hardly a normal operatic year. Covid forced many cancellations, holding back careers.

This year’s pick for most promising soprano goes to Eleonora Buratto. The Italian singer possesses vocal grace, stunning flexibility and heart-warming beauty. Her portrayal of Anaï in Moïse et Pharaon at the Rossini Opera Festival 2021 was a highlight of my operatic year. While she is already a regular on the world’s top stages, including the Royal Opera House and the Met, it is fair to assume she will soon break through to superstardom and be one of the most demanded sopranos for the next decade. 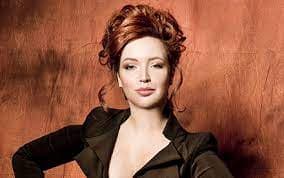 The mezzo pick of the year deserves a special category. The barely 28-year-old Russian Vasilisa Berzhanskaya will blaze her way through to operatic stardom with the certainty of a comet, and is easily the most exciting voice to emerge of late. Her portrayal of Sinaïde, the Pharaoh’s wife (coincidentally in the same performance of Rossini’s Moïse et Pharaon as Buratto), fully displayed her irresistible star appeal, as well as her roaring mezzo of bone-crunching intensity and velvety beauty. This is a once in a generation talent. 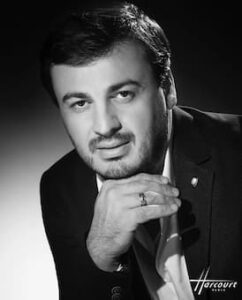 The tenor category was trickier this year. I heard no astounding bel canto tenors and was too often let down by singers with shaky voices and an unexciting presence. Then along came one singer who reaffirmed my belief in the continuation of the grand Italian spinto tradition: Irakli Kakhidze. This Georgian tenor is currently fest in Mannheim, a respected but provincial German stage. Early guest outings to Helsinki and Hong Kong have brought his extraordinary artistry to a wider audience. Kakhidze relishes the attack of a full-throttle high C, controls his mellifluous voice at his pleasure, and keeps his audience at the edge of their seats with a fearless stage presence.

See him as Mario in Puccini’s Tosca: 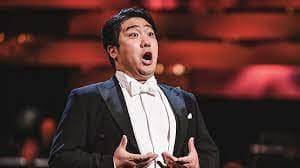 The baritone category was awash with good talent this year. But a young Korean caught my particular attention. Gihoon Kim, still in his 20s, won BBC Cardiff Singer of the World 2021 and for good reason. Not only is his voice silky smooth and sonorous, he projects unusual warmth as well as dramatic intensity. Having patiently developed his trade with the Junges Ensemble at Staatstheater Hannover, he has yet to step on the most demanding global stages. But he will soon – and he is sure to awe. 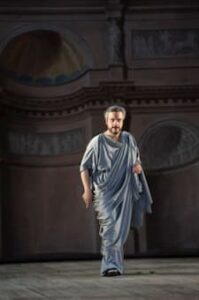 The bass category is particularly challenging, as so many basses only hit their artistic stride after this list’s cut-off of 40 (with a few years of margin of error). Ferruccio Furlanetto, for example, is still going strong at 72. But Argentinian bass Nahuel de Pierro has now fully come into his own, and significantly strengthened since I first saw him in Aix-en-Provence in 2017. He is now spoiling audiences with his remarkable voice that ranges from a comfortable and charming baritone to an unexpectedly charcoal-dark basso profundo. His cautious career choices could see him singing for another four decades.

We hope theatres will all roar back to life this year and display the extraordinary talent that awaits us.