We’ve seen a number of interesting responses to keeping ensemble vocal music alive during the COVID epidemic – Michael Ching’s Zoom Speed Dating Tonight! being one of them.

The City Chamber Orchestra of Hong Kong (CCOHK), which has, like most of Hong Kong, been subject to more stringent lockdowns and anti-COVID measures than most of the world, used the time to create a new musical based on a current ecological problem. WILD (The Musical) starts out with that most tragic of modern problems. Two human poachers come into the jungle to traffic wild animals. But the animals, they discover, are extremely talented, so then the poachers try to figure out to capture them to monetize them via a Broadway show. The animals turn the situation around and now the hunters have to run for their lives while the animals of WILD reign supreme. 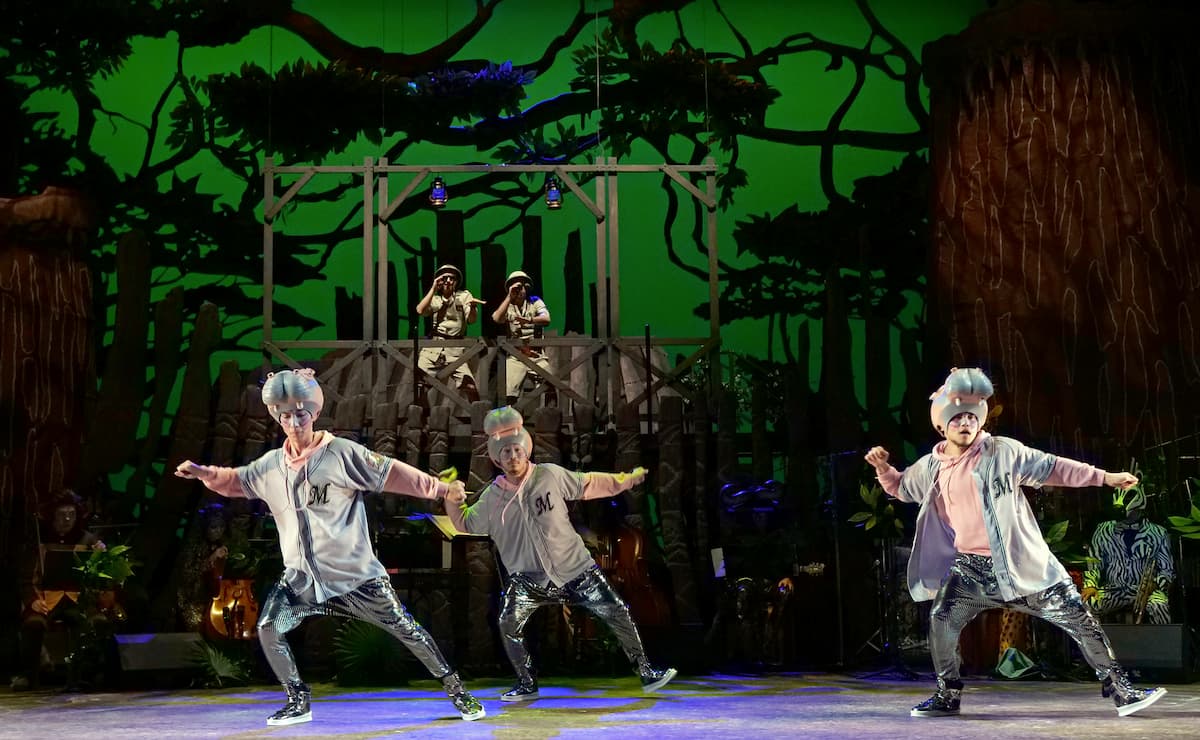 Rhinos on horns, Monkeys on fiddles, Toucans who can play flute, Gazelles who pirouette, Hippos dancing hip-hop, and a Lemur on a unicycle are just the start of the animals’ talents. 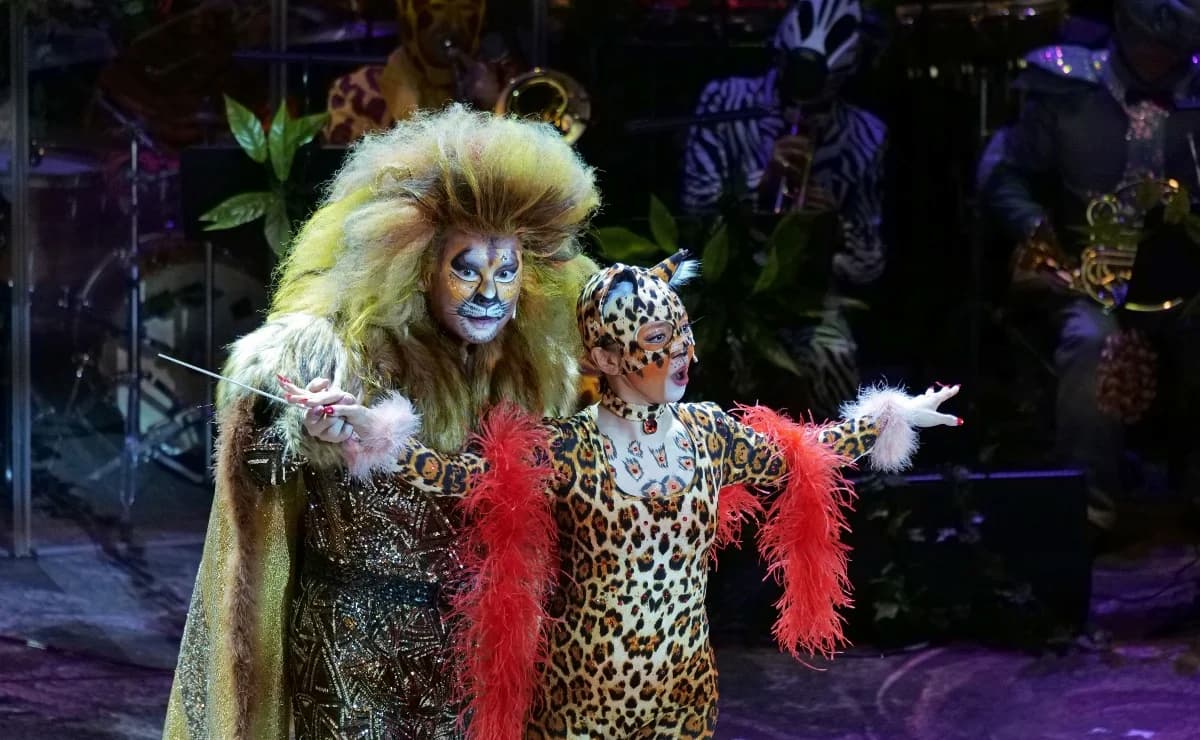 The Lion and the Jaguar (Apollo Wong as Lion Conductor, Melodee Mak as Jaguar)

The conductor of the WILD orchestra is the Lion and he’s the one who sets every looking for the first animals, the Toucan and the Rhino, that the poachers have stolen away. 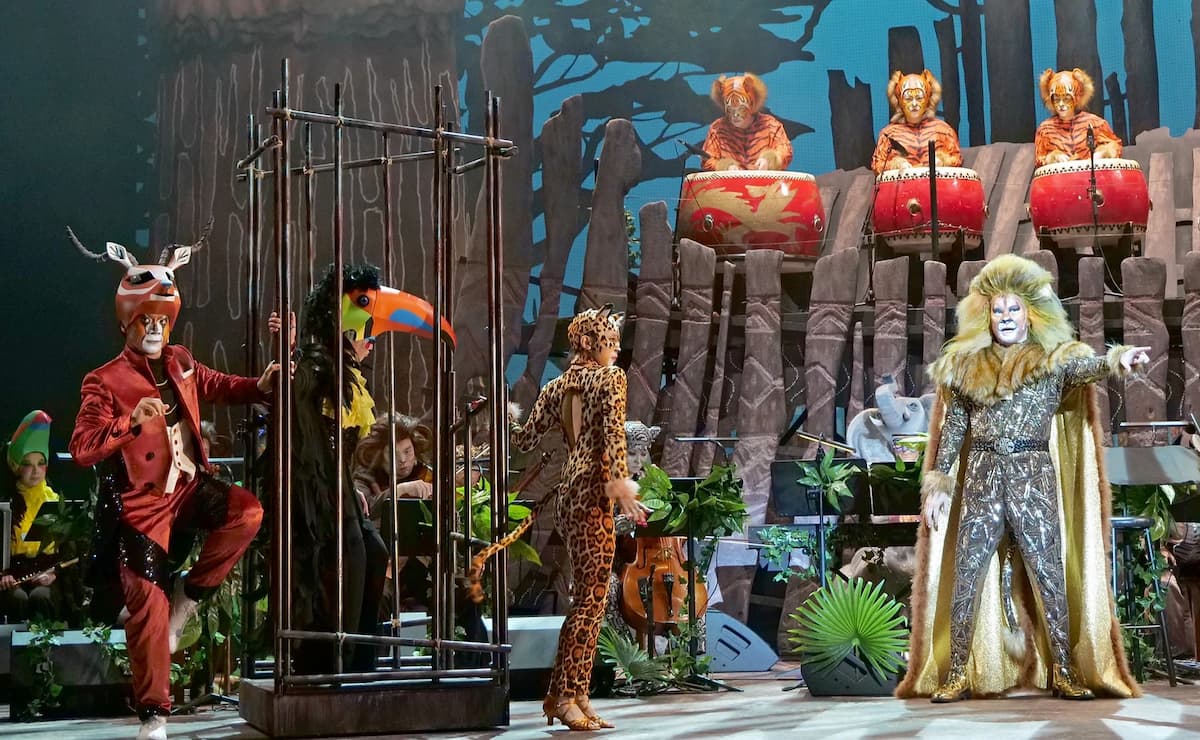 The work was an outstanding success in Hong Kong and in October 2022, at the 2022 Young Audiences Music Awards (YAMAwards) competition in Bruges, Belgium, CCOHK was presented with the Public Choice Award.

The musical was composed by Nick Harvey to a libretto by Leanne Nicholls, founder of the CCOHK. Nicholls’ motivation in writing the book was deeper than just the necessary commentary on animal trafficking. She noted that ‘Hong Kong has been through two major pandemics since 2003 including SARS, and so I was motivated to write a musical for young audiences about a hot topic – about wildlife poaching – because we shouldn’t do it. As soon as we have wild animals coming in contact with humans, we get zoonotic diseases like SARS, MERS, Ebola, Monkey Pox – and COVID-19….’

By looking at the larger picture of the result of man’s interaction with animals, we can see the damage that goes both ways. Exploiting animals for their beauty (or their talents) exposes humans to biological conditions that they aren’t always prepared to meet.

We don’t expect musicals to be thought pieces about ecological exploitation – perhaps we need to raise our sights and see how much music might teach us.