Artists Behind the scenes
Team Orchestra- What Does a Section Leader Do?
by Janet Horvath January 17th, 2015 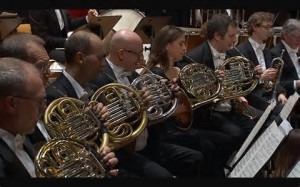 There is much more to being an effective orchestra member than merely playing your instrument well. Teamwork is really important in an orchestra. Without teamwork a cohesive interpretation of the music is impossible.

For everything to go smoothly, like in any profession, each player has his or her role; we all belong to a division or “section” in an orchestra. Each section— the strings, the woodwinds, the brass, and the percussion have “subdivisions”—the violins, violas, cellos, and double basses and the harp; the flutes, clarinets, oboes and bassoons; the trumpets, trombones, French horns, and tuba; the timpani and all the other percussion instruments and piano. And just as in any job, there is a supervisor. In the orchestra that person is the section leader, or principal player, who is charged with several additional duties.

The principal player is chosen after rigorous auditions. Not only do they have to play their instrument impeccably, the section leader is the one who plays any solo for that instrument when they occur in the repertoire. Those moments in the limelight are a lot of pressure because suddenly you have to emerge from the group and shine for a few bars. There are often solos for the concertmaster, such as Ein Heldenleben of Strauss, a very difficult and exposed solo, (the great violinist Sergey Girshenko, one of the most celebrated pupils of David Oistrach, plays the solo here with Yuri Temirkanov and the St. Petersburg Philharmonic) and of course there are memorable solos for woodwind players like the oboe solo from the Brahms Violin Concerto. In the winds and brass each section musician plays a specific range on their instrument. 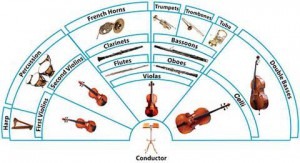 One of the most important aspects of being a section leader is communication, both physical and verbal. When we play the rehearsals and performances, the members of the section watch the section leader as well as the conductor. The principal player leads with his or her body language to enable all the musicians in the section to play together and with the right expression or intensity. Usually we prove this cello joke wrong:
Q: What’s the difference between the first and last stand of a cello section?
A: The last stand is a measure behind the rest of the cellists and a semi-tone off.

When it comes to verbal communication the section leader has to wear many hats. Sometimes a poet’s hat— to explain the character of the music that the conductor is trying to achieve; the mediator cap— in case there is a disagreement within the section about how a passage should be played; The cheer leader bonnet— to make sure every member is feeling valued; or the more delicate diplomat fedora— “This piece is just not possible to play at your tempo, maestro…” 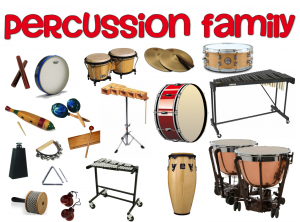 The section leader is responsible for the performance level of the section. The principal might make suggestions so that the section sounds cohesive. In the case of the string family the concertmaster will choose the bowings and phrasings and then pass his or her markings to the other string section leaders for them to imitate. The brass or woodwinds often play a melody together either in unison or in harmony. These section leaders will consult with each other so that their breathing, phrasing, articulation and intonation match.

The section leader is the conduit between the conductor and the other players in the section. The principal is the direct line of communication from the maestro to the members. If everyone were to ask a question or give an opinion there could be chaos.

Sometimes the technique a conductor is asking for simply does not work on our instrument. If this happens the section leader will (if he or she dares) suggest an alternative. Some conductors are more receptive to interpretive suggestions than others, as you can well imagine. 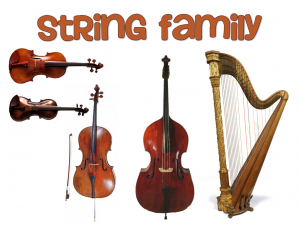 I remember years ago rehearsing Mahler’s Symphony No 1. Things went awry immediately. The piece begins with very delicate high held notes in the strings and a tough unison melody in the woodwinds. Everything is suspended in anticipation—the mood somber and the rhythm nebulous, the music as if from afar. Edo de Waart was conducting. He was impatient and exacting with the intonation. The offstage trumpets were not together. Then after a few short minutes the cello section enters with a charming and upbeat solo. Edo had us play it over and over and over. It was becoming less and less charming. We were paralyzed; unable to play it the way he wanted it to sound. He turned beat red and started swearing and stamping his foot. The passage got worse and worse as we searched for a way to please Edo. Finally our principal, Tony Ross, stopped the music. Tony is well over six feet tall with a brash low voice and Edo respected him. “Edo,” Tony said, “Give us a break. We just don’t know what you want!” Let me tell you that broke the ice. “Do you want a crisper articulation? Do you want seamless legato lines? Do you want subtle tone colors?” “Yes,” Edo replied.

Each section leader ultimately works together to achieve what is best for the whole ensemble. When an orchestra plays “in sync” it is sublime!