Guest Posts
Summing up and looking ahead
by Zoey December 31st, 2010

A crazy 2010 has come to an end. It was the year of the Shanghai Expo and vuvuzelas, of positive events and negative happenings, and not least, lots and lots of music festivals. 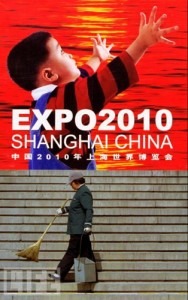 Apart from the countless music events and mini festivals presented at the World Expo, Shanghai hosted the MISA festival, which stands for ’Music in the Summer Air’. It was the first large-scale outdoor classical music summer festival ever held there. MISA was hosted by the Shanghai Symphony Orchestra and the Shanghai Municipal Education Commission and co-directed by Long Yu, the orchestra’s music director, and Charles Dutoit, the internationally respected conductor. The events included concerts by the Royal Philharmonic Orchestra, the Shanghai Symphony Orchestra, several top Chinese musicians and music groups, as well as master classes and lectures.


This great start in Shanghai was followed in October by the 13th Beijing Music Festival, which was established in 1998 and has since become the most well known annual celebration of classical music in China. Overall, there were no surprises in the line-up. The festival featured some old faces, with Lang Lang and Yundi Li performing again. But two exciting new productions this year were standouts in the eyes of the audience: first, Semele a controversial operatic production directed and stage designed by the artist Zhang Huan. Second, there was Zhou Long’s Madame White Snake which was co-commissioned by the festival and Opera Boston, with contemporary stage direction by Robert Woodruff.

The debut of the two operas, particularly Semele, shows major progress in the mindsets of the festival’s presenters, officials and the audience. Regardless of the motivation of the festival’s presenter and the audiences’ views about the opera itself, I think the presenter deserves a medal for courage. Considering all the difficulties experienced in allowing the opera to be performed onstage (the back story is certainly rich enough to make another opera), the officials who permitted the showing of the opera deserve a medal too, for their openness. However, one must bear in mind the fact that their openness could still do with some improvement.

The year’s musical journey extended to Guangzhou, the host city of the 16th Asian Games. Here, the first Canton Asian music festival was established this November. A constellation of star soloists was featured at the festival: Lang Lang (yes, there’s nowhere to escape from him these days), Yo Yo Ma, Tan Dun, Midori, Ray Chen, Sarah Chang and others.

The festivals in Shanghai and Guangzhou were both perfectly tailored to fit China’s official major events this year – the Shanghai Expo and Asian Games – as was the cost. However, as long as our audiences benefited from attending the concerts, we may consider the festivals to be significant positive events in 2010. Now I am curious to know what the festivals in 2011 will be.

However, looking back on China’s musical events of 2010, how can we omit the most important presenter in China? Beijing’s ‘Big Egg’ concert hall still plays an important role in the country’s music scene. Apart from hosting hundreds of concerts this year, the National Centre for Performing Arts (NCPA) continued its unremitting efforts investing into vast productions. There were operas such as Xi Shi and La Traviata, as well as a large-scale dance production of Marco Polo. Despite depressing reviews from music critics, the NCPA is heading firmly in the direction that it believes in. I have to say that I admire its spirit, but feel a bit sorry about the huge investment. Still, we had the pleasure of listening to the Philharmonia and Philadelphia Orchestras, the BBC Symphony and many others in the grand concert hall this year. Before and after the Beijing Music Festival, the NCPA continuously gave impressive support to the classical music market; I believe this deserves a medal.

In 2010, Shanghai no doubt benefited from hosting the World Expo. Its musical highlights include a full production of Wagner’s epic four-opera cycle Der Ring des Nibelungen and a symphony month in May. Der Ring des Nibelungen was staged by the Cologne Opera House and performed at the Shanghai Grand Theatre (although it is an event whose form is greater than its significance). The symphony month was held by the Oriental Arts Centre and was graced with the presence of ten top orchestras from around the world.

This year also saw the official openings of the Guangzhou Opera House and Xi An Concert Hall. Both have begun to explore a professional way of programming, which I believe was another great positive in 2010.

Now, I should stop here. I realise that, like an Oscar winner, I am practically writing a long thank you list! But that is what the spirit of the New Year is all about, isn’t it? Giving a happy ending to 2010 and not thinking about the year’s sadness and madness.

So in 2011, what can we expect? There will be Zubin Mehta and the Orchestra del Maggio Musicale Fiorentino; the Staatskapelle Dresden and young Nikolaj Znaider; the Berlin Philharmonic, Orchestre de Paris, and the Czech Philharmonic. Potential highlights of the year could be the two vocal queens, Angela Gheorghiu and Anna Netrebko. Or perhaps the talk of 2011 will be the complete Mahler Cycle led by top conductors at the forthcoming Beijing Music Festival.

Compared with 2010 however, the coming year looks a bit quiet. I cannot help but miss 2010 already…