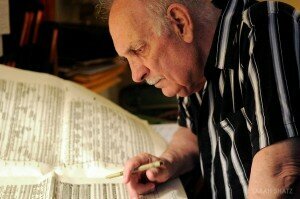 Written as a response to the ongoing war in Vietnam and Southeast Asia, he takes the classical quartet and expands it through the use of percussion, vocalizations by the players, and extended instrumental techniques for the string players. At times, the string players apply their bows to musical glasses, providing a unique, other-worldly ephemeral sound. 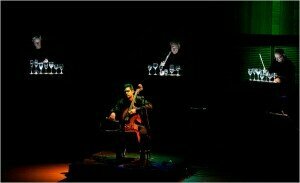 What was Crumb doing in this piece? Crumb declared that the work was written ‘in tempore belli,’ as he wrote on his manuscript. A piece ‘in time of war.’ One writer considers this a kind of black mass. Two numbers, 7 and 13, are important: the three parts are divided into 13 sections, mirroring itself around the central 7th section. A ‘threnody,’ appearing in parts 1, 7 and 13, is a ‘wailing ode, song, hymn or poem of mourning’ and here it’s for those who have died in the battles so far away – he evokes the cacophony of the tropical night and, at the same time, what is happening to the bodies of your compatriots.

You might see in some of the titles echoes of other works – the dance macabre appears in a number of 19th century works and the Pavana Lachrymae section contains quotations of Schubert’s Death and the Maiden Quartet, yet it should be played ‘Grave, solemn, like a concert of viols,’ as Crumb wrote in the score, returning is to the weeping songs of Dowland. You’ll even hear a bit of the Dies Irae in the high string harmonics.

It’s a very deep and evocative work that uses the dissonance and the extended techniques to great advantage in setting the feeling he wants. 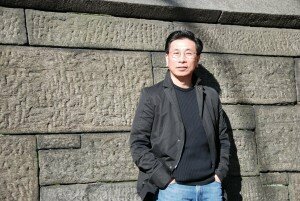 In 2007, the Chinese composer Ge Gan-Ru, who studied initially at the Shanghai Conservatory before completing his doctorate in New York at Columbia University, was inspired by Crumb’s work to write his own war quartet. His fifth string quartet, entitled “Fall of Baghdad,” takes us to the other side of Asia – West Asia and the Iraq War. Like Crumb, he has a three-part, 13-section work. Whereas Crumb’s work is a more metaphysical exploration of good and evil, Ge’s work is, as his second section says, about a “Living Hell.”

Ge: String Quartet No. 5, “Fall of Baghdad”: I. Abyss: Screaming – Living Hell – Barbaric March – Abyss – Threnody (ModernWorks)
The pain and agony of the first part are relieved by the second part: “Music From Heaven.” In a moment of respite, our soldier can observe the world around him.

II. Music From Heaven: Pilgrimage – Bazaar – Caliph’s Drum – Music from Heaven
Just as Crumb used the songs of mourning, threnodies, as his markers, so Ge uses them as well. A threnody ends the first part, and the actions of the final three sections part, ‘Weeping – Moaning – Keening,’ are those of a threnody as well.

III. Desolation: Desolation – Weeping – Moaning – Keening
The work ends in utter despair, as though the composer has given up on the entire idea of peace in our, or anyone’s time.