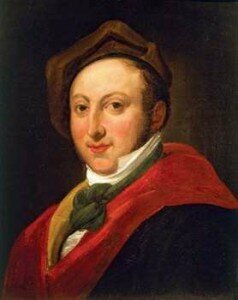 Rossini’s La Cenerentola (Cinderella) premiered at the Teatro Valle in Rome on 25 January 1817. Press reports were generally favorable, but the singers took a beating. Some critics even spoke of a “fiasco” because there was no applause during the performance. According to a critic, “only a few pieces could escape the failure; the Largo and Stretta of the quintet, the final Rondo and the sublime Largo of the sextet, all the rest being ignored and sometimes even booed. But Rossini remembered the ephemeral collapse of Il Barbiere di Siviglia and was aware of the amount of pure magic he had written for La Cenerentola. The next day I was still in shock and depressed over the fiasco, but he said to me with firm assurance: “You fool! The carnival will not be over before everyone is in love with it. Before a year has gone by, it will be sung by everyone, everywhere in Italy, and in two years it will enchant French and amaze English audiences. Theater managers will fight for it, and even more will the prima donnas.” 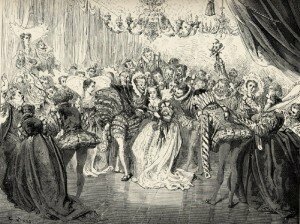 Rossini’s announcement proofed to be accurate and prophetic, as the opera quickly gained enormous popularity in Italy and abroad. For a time, it even rivaled the popularity of the Barber of Seville. La Cenerentola reached Barcelona in April 1818, London’s Haymarket in January 1820, and Vienna—where it was sung in German—in August 1820. By 1826 it had made its way to Buenos Aires and New York, and in February 1844 it became the first opera to be performed in Australia. Following Rossini’s death in 1868, La Cenerentola virtually disappeared but returned to the repertory in the 1920s and early 1930s. Rossini’s genius of combining brilliant musical wit with an equally brilliant display of vocal art surely accounts for the spellbinding and timeless nature of this work.