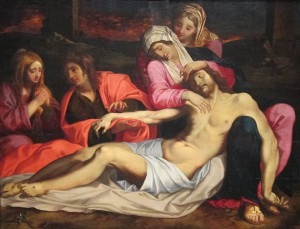 In classical poetry, an Elegy is a mournful, melancholic, or plaintive poem, sometimes written as a lament for the dead and other times covering sad topics such as war. Elegies to lost love are also part of the genre. Ovid wrote elegies upon his exile, which he likened to death. A Lament, on the other hand, is an impassioned outpouring of grief, which may come from regret or mourning.

By the 19th century, an elegy became a poem for the reflective mind. It was always taken as self-referential, i.e., by the poet about the poet. The thing that is being lamented may not be dead, but may just be gone and inaccessible.

‘The Lament of Orpheus’ by Franc Kavčič
Credit: Wikimedia

In music, the lament and later the elegy became a way to mourn in music. It provided a place for melancholy and reflection, dark and deep thoughts, regret and musical solitude.

In music, an elegy is rarely a funeral piece but a work of a darker and more somber nature. In the medieval period, an elegy was about death, but by the time of the Romantic period, the elegy had become a personal reflection upon death. The Romantic period had a preoccupation with the idea of death and it’s no surprise that the elegy in music became so common from the late 19th century.

If we go back to Laments, in post-medieval music, the lament came to be characterized by a falling bass pattern. This was first used by Monteverdi in his Lament of the Nymph, published in 1638. The young girl of the song is ruing the loss of her beloved, who has betrayed and left her.

Monteverdi: Lamento della ninfa, SV 163: 2a parte: ‘Amor,’ dicea, (Viveca Axell, soprano; John Potter, tenor; Douglas Nasrawi, tenor; Harry van der Kamp, bass; Tragicomedia; Stephen Stubbs, Conductor)
But it can be best heard in Dido’s Lament in Henry Purcell’s 1688 opera Dido and Aeneas. Dido, the Queen of Carthage, has discovered that Aeneas, who has landed in her country by accident, is leaving for Italy. She kills herself at his betrayal and her lament, built over the falling bass pattern, gives us her death, crying both for her lost love and her lost life. 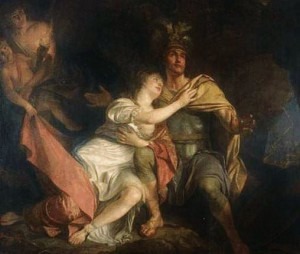 After the 17th century, laments continued to be written, and a very different 20th century version, David Del Tredici’s song cycle, Lament for the Death of a Bullfighter, is interesting for the fact that it continues to be based on the same kind of descending bass-line in use 400 years earlier. The sound is light, but the composer says that these 9 poems by Joshua Beckman brought him to tears and this cycle is a reflection on the people in his circle dying of AIDS.

Del Tredici: Lament for the Death of a Bullfighter: I. Children (Hila Plitmann, soprano; David Del Tredici, piano)
We’ll return to these in our next segment.