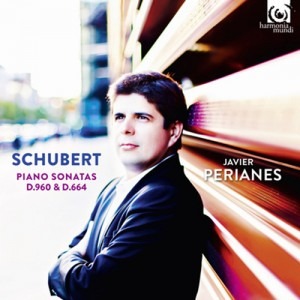 The Sonata D664? The fine craftsmanship of a composer still writing in the shadow of the giant Beethoven; nine years later, Schubert, just thirty-one years old, produced what was, already, his last sonata (D960), just a few weeks before his shockingly premature death. So just nine years separate these two extremities in his output, but it would take many decades for these masterpieces to gain the same consideration as the late symphonies of Mozart or Beethoven’s op.132! This music is now cherished by today’s artists – among them Javier Perianes, who here returns to Schubert after a remarkable first volume that enjoyed great success with the public.