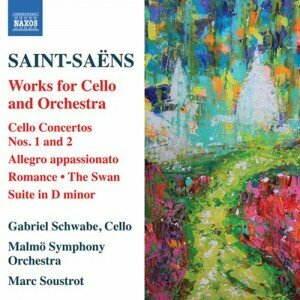 Composed during a period of social readjustment in post-war France, the First Cello Concerto marked Saint-Saëns’ acceptance as a composer among the establishment, and has long been one of his most admired works. Recognition for the fiendishly technical Second Cello Concerto took longer, although its tranquil central movement contains one of the most sublime melodies Saint-Saëns ever wrote. The supremely famous Le Cygne appears alongside the less well-known Bach-inspired Suite in D minor, and with the inclusion of the Romance this programme contains Saint-Saëns’s complete works for cello and orchestra.