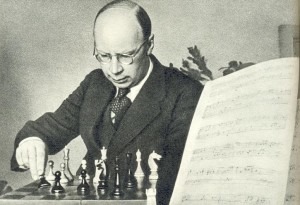 Why is chess such a popular game? For one, this ancient game of strategy is easy to learn but almost impossible to master. No matter how far you progress, chess reveals ever-new subtleties and intricacies of increasing complexity. It is this seemingly endless process of discovery that is fundamentally responsible for the game’s appeal. Chess is called the royal game because two opposing players lead their armies on a quest to checkmate the opposing king. It is also called the royal game because practically every king, queen, emperor, maharaja and tsar has played the game. Kind Charles I carried his chessboard to his execution on 30 January 1649, and the Indian emperor Akbar played on a giant board with elephants and horses. King Muley Hassan of Morocco played live chess using prisoners from the royal dungeons, and captured pieces were executed on the spot.
William the Conqueror once broke a chessboard over a French prince’s head when he lost a game, and the son of Pepin the Short, after losing to a Bavarian nobleman killed him with a rook. I am sure you get the idea!

Since chess enjoys universal appeal, it has never been in the exclusive domain of the rich and blue-blooded. In fact, musicians and composers have always been inexplicably drawn to the game. When the young Sergey Prokofiev witnessed a game of chess he excitedly wrote, “I watched the board descending into a state of incomprehensible complexity, with virtually every piece exposed to attack; this sent me into a state of pure ecstasy.” Sufficed to say, Prokofiev was hooked! By age seven he had worked his way through every chess book known to man, and started to enter chess tournaments. I suppose, it went hand in hand with composing his first opera, overtures and various other pieces at the age of nine! How good was Prokofiev’s chess game? Well, in 1914 he was invited to participate in a simultaneous exhibition match featuring the Cuban chess champion José Raúl Capablanca. 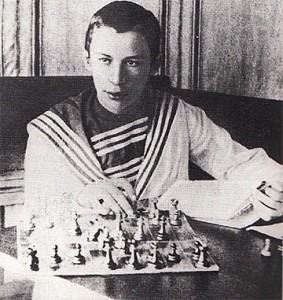 In the afternoon of 11 May 1914, Prokofiev was the soloist in his own First Piano Concerto for his graduation from the St. Petersburg Conservatory. He reports in his diary, “I was nearly home when I realized to my horror that it was a quarter to eight and the simultaneous match with Capablanca was at eight. Like a lunatic, I tore off my tails, put on a jacket and without eating, got to the Tournament in a car, which happened to be going there. Saburov had been talking about my graduation performance and lots of people came up to congratulate me. The session began and Capablanca made his moves incredibly quickly. Soon Capablanca began to apply pressure on me, but then the match evened out. Capablanca played so fast that I didn’t have time to think. Somehow or other he broke the line of my pawns and won the game, and I was a bit annoyed with losing.”

Four days later, the second session commenced. Prokofiev made an excellent start, as he lured Capablanca into a kind of trap, “perfected in one of my games by correspondence. He was standing in front of the board for two or three minutes, wiped his brow and pulling at his hair. I was thrilled that I had caused Mister Champion a problem. He really was losing the exchange but recovered and caught up with me. I ended up loosing, but was less disappointed by losing than on the last occasion. I made up my mind to return the following day. The game began like yesterday but things were a bit tougher – Capablanca didn’t lose the exchange but he didn’t win any pieces. He attacked, which made things very difficult for me but I resisted energetically. After two hours of hard play, I suddenly saw a combination and knew I was going to win. There was a moment when I was really afraid and it looked as though Capablanca would escape, but he couldn’t and lost. I celebrated my victory and was congratulated.” 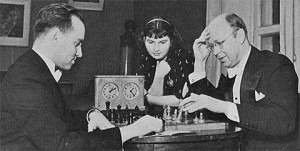 The great Russian chess champion Mikhail Botvinnik described Prokofiev’s game as follows, “he played a very vigorous, forthright game. His usual method was to launch an attack, which he conducted cleverly and ingeniously. He obviously did not care for defense tactics.” Surprisingly, Prokofiev was not the highest ranked chess player in the musical world. That honor goes to the legendary violinist David Oistrakh. They met head to head in a 1937 ten-game tournament organized by the Mater of Art Club. The event was grandly advertised, and one match reported in the December 1937 issue of the Russian chess periodical 64. Of the ten announced games, only seven were actually played. Oistrakh was far ahead in the score, but wanting to spare the feelings of his good friend, went on a concert tour away from Moscow.