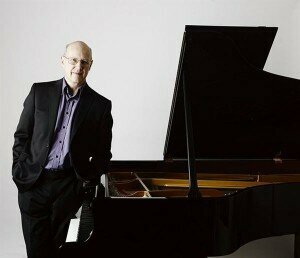 Love songs can be found in music across the world and across the centuries
– William Howard, pianist

Love in its infinite variety has been a major focus for British pianist William Howard whose Love Songs project began in June 2016 with the release of Sixteen Love Songs, a selection of hauntingly beautiful 19th and early 20th-century song-like romantic works scored for solo piano. The subject of love is, of course, the major fixation of pop songs and composers of the Romantic period, but has rather fallen out of favour amongst modern and contemporary composers whose focus seems to be more abstract or concerned with the big issues of the day such as climate change or political upheaval. William Howard has sought to redress this with his Love Songs project, and the release of Sixteen Contemporary Love Songs, the companion disc to his 2016 recording. Featuring new music for solo piano, the music was specially commissioned by William Howard by some of the leading composers active today, including Judith Weir, Cheryl Frances-Hoad, Nico Muhly, David Matthews and Howard Skempton.

Having commissioned and performed music by living composers throughout my professional life, I was not far into this project before I started wondering what the contemporary equivalents to these romantic works would sound like.
– William Howard

The Love Songs project reveals a wide variety of compositional languages, imagination, moods and character, and seeks to connect audiences with contemporary composers. Many of the works are very meaningful, or highly personal, are easy to relate to, and travel far beyond the confines of the strictly defined genre of “classical music”. What the works share is their brevity, and “an overwhelming tenderness for the piano” (composer Piers Hellawell), and all highlight the infinite lyricism and resonance of the piano.

Aside from the championing of contemporary composers, the project has produced a wonderful body of new repertoire for solo piano to suit all tastes. In addition to the new commissions, a major part of the Love Songs project was an international competition for writing piano love songs, which received over 500 entrants aged between 13 and 90, from 61 different countries. William Howard’s album features the two winning pieces from the competition – Chanson Perpétuelle by Chia-Ying Lin and Herz an Herz by Frederick Viner.

Roses in a Box by Elena Kats-Chernin
Fragile by Judith Weir
Love Song for Dusty by Cheryl Frances-Hoad
The works on the album reflect the myriad facets of love – from tender pieces written for babies or children (‘Camille’ by Joby Talbot, ‘Daniel Josiah is Sleeping’ by Simon Mawhinney) or a partner (‘For Teresa’ by Robert Saxton, which quotes Beethoven’s ‘Fur Elise’, another love song for piano, and is redolent of Schumann’s heartfelt outpourings to Clara in its melodic lines and rich textures). Other works focus on more abstract aspects of love, or love other than the human kind (‘Arbophillia’ (love of trees) by Samuel Cho Lik Heng, third prize winner in the under 25 category). British composer Cheryl Frances-Hoad’s witty ‘Love Song for Dusty’ pays a warm personal homage to both Dusty Springfield (“a temporary obsession of mine when I discovered that other types of music existed other than ‘Classical’”) in its song structures (verses, choruses, bridges) and pop-infused harmonies, and also to the nineteenth century composers of sweepingly romantic piano solos and songs without words such as Mendelssohn and Liszt. Throughout the album, William Howard’s sensitive, graceful playing brings to the fore the individual characters of each piece, not an easy task when one is moving between very short pieces of contrasting mood and style. Love is a universal theme and the album presents contemporary piano music which will appeal to a wide range of listeners. In addition, each composer has contributed a brief programme note illuminating the inspiration or creative impulse for their piece.