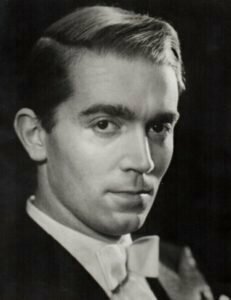 “There isn’t a day when I sit down to play the piano that I don’t think of him, in my mind hearing what he said when I played certain pieces” – Sarah Beth Briggs, British concert pianist

27th February 2019 is the centenary of the birth of British concert pianist and teacher Denis Matthews. Born in Coventry in 1919, Matthews studied at the Royal Academy of Music, and made his orchestral debut at the Proms in 1938, playing Beethoven’s C minor piano concerto. He served in the RAF from 1940-46, and then resumed a full-time performing career, playing with all the major UK orchestras under Thomas Beecham, John Barbirolli and Malcolm Sargent. He had particular affinity with the music of Haydn, Mozart, Beethoven and Schubert, and was renowned for his unaffected refined pianism. A performer who was more concerned to serve the interests of the music rather than the musician’s ego, his brilliant, questioning mind brought magic and freshness to his interpretations, and made him an inspiring teacher who encouraged his students to think beyond the notes on the page. 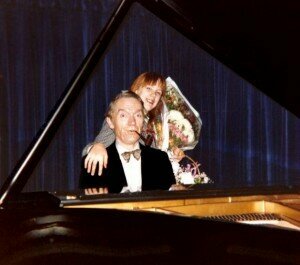 Later in his life, he gave up performing to dedicate himself to teaching and lecturing, broadcasting and writing. His study of Beethoven received wide critical acclaim.
His most longstanding pupil, the British pianist Sarah Beth Biggs recalls Denis Matthews with great fondness. Here she offers personal recollections of her studies with Matthews with some fascinating insights into his approach to teaching and music appreciation, and his own musicianship.
“I feel incredibly lucky to have benefitted from Denis’s breadth of musical knowledge for eight of my formative years and to have grown so close to someone who really awakened my love of Bach, Mozart, Beethoven, Schubert and Brahms, in particular.
Denis Matthews was the most incredible inspiration. He was such a terrific all round musician. He made me understand that there was far more to being a good musician than playing the piano. Lessons would involve listening to Mozart operas, Beethoven string quartets, Brahms symphonies etc and then making the piano ‘become’ a singer, a string quartet, a pair of horns – always looking way beyond the dots on any given page!….So much was about the joys of being brought to great piano repertoire from a much wider musical perspective.

To mark the Denis Matthews’ centenary, Sarah Beth Briggs is giving recitals around the UK in Denis’s memory at some particularly appropriate venues, including Warwick School where he was a pupil, and Craxton Studios in London, former home of pianist and teacher Harold Craxton, where Denis became an honorary member of the Craxton family while lodging with them during his studies with Harold Craxton at the Royal Academy of Music.
In addition, Sarah’s new disc focuses on the music that was central to her studies with Denis and their joint musical passions: two sets of late Brahms pieces (Opp. 117 and 118), and Schumann’s Papillons and his popular Kinderszenen, music which was “the subject of a sort of ‘party game’ whenever Denis visited my family home, when he would begin one of the miniatures on one piano and expect me to take over – from memory! – on the other”.