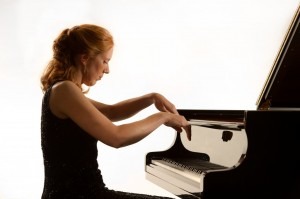 Pianist Sarah Beth Briggs was asked to play a piano reduction of Hans Gál’s Cello Concerto when her friend Antonio Meneses was working on it and was so impressed with Gál’s orchestral writing that she asked her producer, Simon Fox- Gál, if she could look at the score for his grandfather’s piano concerto. Impressed with what she saw, she has just completed recording Hans Gál’s Piano Concerto, Op. 57, written in 1948, and is justifiably proud of the result.

In a recent interview with her, Briggs told us that the work had been played in concerts a few times in the 18 months after Gál completed it, but, in essence, the work had lain unplayed since the early 1950s until pianist Hartmut Hudezeck took it up for a few concerts in 2013-15. As Briggs started to work on the concerto, she was offered a recording of one of Hudezeck’s performances that had been on a radio broadcast in 2013 to use as a reference. She said, though, that she held off listening to that performance until she had gotten to grips with the work herself. 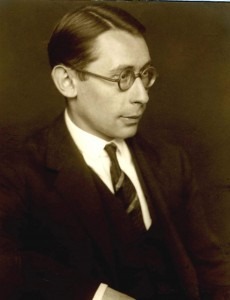 When we asked why the work had fallen out of the repertoire, Briggs said that she thought it was because of Gál’s personal style. In their entry on Gál in Oxford Music Online, Conrad Wilson and Alexander R.C. Scott sum up his style this way:

His values were deeply rooted in the tonal tradition of the Austro-German musical style. Though an inheritor of the legacy of Brahms, he had by the time of his twenties found his own distinctive musical language to which, regardless of changing musical fashions, he remained true. It unites many elements: the clarity, playful humour and formal mastery of early Classicism; the chromatic harmony and extended tonality of early 20th-century, pre-serial music; a Schubertian love of melody; the lyricism and emotional restraint of Brahms and the contrapuntal textures that remained fundamental to his style.

In other words, we have someone who would have been too classical for the serial tastes of the 1950s yet had advanced into 20th century tonality without abandoning his lyricism.

In the Adagio second movement, we have a complete change of style: the brashness of the first movement becomes lyrical.

The third movement, Allegretto vivace, seems to take us directly into a rather English style. And yet, at the same time, there’s a certain element in it that speaks of a broader vocabulary.

Sarah Beth Briggs has paired the work on the recording with a more familiar piece: Mozart’s Piano Concerto No. 22 in E flat major, K. 482. She feels that the two composers, Mozart and Gál, approach music with meticulous craftsmanship and create dialogues with the piano and the orchestra in similar ways. The two works, written nearly 165 years apart, will give us a complementary approach to the concerto and the role of the piano. She recorded the piano concerto with the cadenzas written for K. 482 by Denis Matthews for Dame Myra Hess, but which had never been recorded.

When asked what’s next on her schedule now that this recording has been released, Briggs said that her musical life was a constant mix of solo recitals, chamber music, and concertos. She’s looking at performing the other work by Gál for piano and orchestra, his Concertino for piano and string orchestra, Op. 34, written in 1934. The only recording of the work so far has been in its 2-piano version, without orchestra. She’s particularly interested in performing more of his chamber music, having performed some of it at a festival in Scotland already. Briggs is also seeing how she can get the Edinburgh Festival, of which Gál had been a co-founder, to program more of Gál’s works.

Discover the Piano Concerto by Hans Gál – it will give you a new idea of how a very old form made a successful entry into the modern world and is a piece that will be a welcome addition to a sometimes too familiar field. You can see Sarah Beth Briggs’ website at http://sarahbethbriggspianist.co.uk/ where you can get an idea of her other recordings as well.