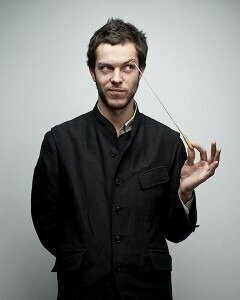 Baroque music arguably suffers the most when it comes to its perceived stuffiness. In the world of historical performance practice, many retreat into the dark corners of the library, poring over dusty treatises to debate the authority of the way in which to articulate a group of notes, or the speed at which a piece should be played. Not so for Raphaël Pichon – this young French conductor is breathing new life into ‘old’ music.

‘For me, it’s a question of balance. Treatises are really important, but it’s only half of the job. It’s not the beginning of the music… it’s one of the skills of a musician but it’s not the music.’

Ensemble Pygmalion, set up by Pichon in 2006, has been going from strength to strength. The group is named after the sculptor of the same name who invested so much time and love into his statue that Aphrodite decided to give the statue life.

‘For me, the story of Pygmalion was a very beautiful metaphor of our job, our role with music. During our rehearsals, we sculpt, we work hard to try and give nice shapes, colours and forms to the music, and we hope that during concerts life will be given to this.’

Pygmalion is an ensemble of young people who play on ‘period’ instruments, instruments designed to sound like they would have at the time the music was written. Why does Pichon believe that period performance is important in this century?

‘It’s like discovering new worlds. We discover more and more that every language of musical history is huge, and to use the proper instruments is an opportunity to discover a world of colours. You can get very close to the wishes of the composer if you try to understand his original language. It’s totally attached to the technique, to the colour, the timbre of the original instruments.’

While its identity today is unquestionably of a ‘period’ ensemble, Pichon hopes that Pygmalion can eventually branch out into other musical periods, and other art forms.

‘We have this base of Bach, which is important, and the idea is to gradually visit the heritage of Bach. Our first project for next year is to have music by Schubert, Mendelssohn, Schumann, and Brahms, and to build a coherent repertoire of these connections, step by step.

‘We also have opera projects, and are continuing to visit Rameau – there are so many fantastic pieces by him to discover. We have special stage projects, to try to invent some new connections between our worlds of instrumental music and different stage languages – dance, video, circus… And at the same time, I think we have something to develop with new music, from composers around us for period instruments.’

These new projects are set to take off in 2017, when Pygmalion will begin a relationship with the Paris Opéra Comique, and begin to incorporate modern music to forge a new identity for the group. 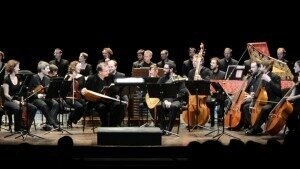 ‘It will open a new era for us – every staged project will be based on a strong relationship with other artists, from many different artistic worlds. It won’t be just a list of the greatest baroque operas!

Being at the helm of Pygmalion is a full-on commitment. Much more than just being the conductor, Pichon is involved in communications, meetings, administration, budgets, and much more besides; to take time out from this is important to him.

‘To be honest, I think it’s really important to preserve a life outside the world of music. I like to visit my friends who aren’t invested in music, to just disconnect from this – it’s really important. I have a big passion for sailing. I’m from the west of France, from Brittany. I come from a family where the sea, sailing, fishing, and diving are really important. I make many sailing trips around the year, and I try to visit a different bit of Europe or the world each year – I love to travel.’