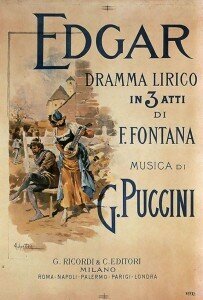 Here is the trivia question for today. Can you name the Puccini opera that the composer himself desperately wanted to forget? The answer is Edgar, and despite revising it repeatedly, Puccini eventually declared the work irredeemable. Edgar was Puccini’s second stage work and his first full-length opera. Commissioned by the publisher Guido Ricordi, Puccini decided on a libretto fashioned by Ferdinando Fontana, and much of the troubled reception history starts there. 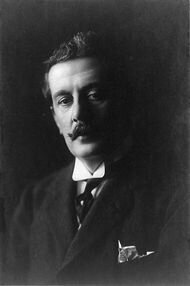 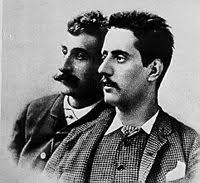 Ricordi urged the composer to make revisions, and Puccini cut parts of the 4th act but elaborating on the ending for act 2. Published in 1890, Puccini revised the work again in 1891. This time, he completely cut the last act and produced a 3-act version, which would once again be revised in 1905. Eventually Puccini gave up and wrote, “It was an organism defective from the dramatic point of view. Its success was ephemeral. Although I knew that I wrote some pages, which do me credit, that is not enough; as an opera it does not exist. The basis of an opera is the subject and its treatment. In setting the libretto of Edgar I have, with all respect to the memory of my friend Fontana, made a blunder.” As the result of this extended process or revision, Ricordi held the autograph scores for acts 1 and 3, and acts 2 and 4 remained with Puccini. The original 1889 score was reunited only in 2007, and revived on the Turin stage in 2008.