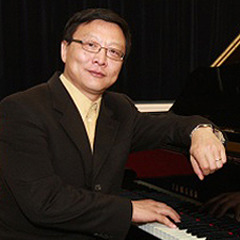 Bright Sheng, Chinese-American composer and the founder of Intimacy of Creativity is feeling good about the coming third season in many ways.

With a stellar artistic line up, up-and-coming young composers and a growing recognition both locally and internationally, Bright has reason to be proud, and not even a badly connected Skype phone call could mask the confidence in his voice.

“The third season will be the best we’ve had,” he was even bold enough to say.

The young event is only in its third year but it has already exceeded every bit of Bright’s expectations. The IC has flourished, this year attracting a record number of applications from young, emerging composers around the world. The selected composer fellows, including Dai Bo (China), Charles Halka (US), Karlo Margetic (New Zealand), Eli Marshall (US), Steven Snowden (US) and Roger Zare (US), will refine their selected compositions through working with prominent performers during the two-week intensive workshop before showcasing the revised works at two première concerts in Hong Kong. 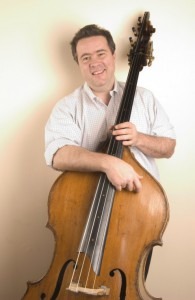 With a focus on composer-performer collaboration, IC is as much about the composers as it is about the performers, and this year, Bright has invited artists who are not only distinguished in the instruments they play, but are also important for their achievements as composers, educators or conductors.

Take award-winning bassist Edgar Meyer for example, hailed by the New Yorker as “…the most remarkable virtuoso in the relatively unchronicled history of his instrument.” Bright himself has nothing but praise for the classical bass player, calling him not only a wonderful performer but also a first-rate composer.

Also invited is violinist Cho-Liang Lin, whose diverse music career sees him at home in an orchestra, a recital, a teaching studio, as well as behind-the-scenes organizing the Hong Kong Chamber Music Festival, of whom he is the artistic director.

And from Rome, the string quartet Quartetto di Cremona, which Bright simply and emphatically called “terrific”.

“I think it is the best ensemble of talents so far,” he said. 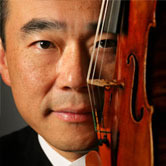 IC started off as a small project within the Hong Kong University of Science and Technology, when James Lee, the dean of social sciences at the university, approached Bright back in 2009 to develop a music programme as part of HKUST’s creative initiative. The idea to create something that would bridge the gap between composers and performers was not new to Bright.

“One of the reasons I felt I was successful was because I never gave up performance, even though I first made my name as a composer,” Bright explained. “I learned a lot of things as a performer that a lot of composers do not get [to learn].”

Noting that HKUST does not even have music as a degree, Bright nonetheless feels that HKUST has been a great starting place for IC, and sees the potential of the music event in nurturing creativity amongst the university students, and in educating future generations to challenge standards and be innovative.

This year, IC has increased student involvement by including an audience vote, where the audience can pick their favourite work, and have the winning piece featured at the Hong Kong Chamber Music Festival in 2014. 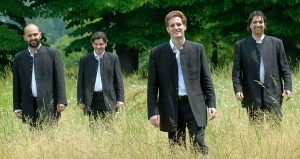 “To observe art-making based on mostly imagination and creativity is very important no matter what profession you are in,” said Bright.

This year, Bright will bring to the table two of his works, including Three Fantasies for Violin and Piano, premiered in May 2005 at the Library Congress in Washington D.C; and String Quartet No. 3, which he wrote in 1993, and have the two compositions picked at and scrutinized.

Bright strongly believes that music is a living thing, and repeatedly emphasized that “music is not set in stone.”

“Music is played live by musicians,” he said, adding that the printed music score is only 50% of the creation – the other half lay in the performers’ interpretation.

The same goes for works even where the composer is dead. Bright does not shy away from standard repertoire, and this year, Czech composer Antonin Dvořák is up for debate, with the Piano Quintet No. 2 in A Major, Op. 81 and the String Quintet (Bass) No. 2 in G Major, Op. 77 B. 49 to be featured in the World Première Concerts.

“Dvořák is a great composer,” said Bright, but he believed that “there are lots of possibilities to interpret the same piece.”

It is through collaboration and being open to criticism that distinguishes an exceptional musician from a merely good one after all, regardless of how smart a composer or performer is and how perfect they think their compositions are.