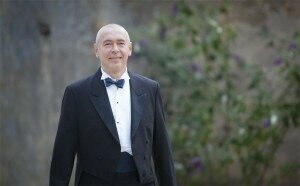 Let me put it bluntly. I am not fond of musicians who play without taking risks, who either delivers a composition so precisely that a computer could have done the same or blatantly regurgitates a teacher or mentor’s interpretation or style. As Beethoven put it, ‘to play a wrong note is insignificant; to play without passion is inexcusable.’

And so it seems I should have enjoyed the Croatian pianist Ivo Pogorelich’s return recital at the Hong Kong Cultural Centre last night, since this artist clearly has bucket loads of personality and limitless passion. However, his idiosyncratic style comes in the guise of mood swings akin to those exhibited by a schizophrenic, which actually might have worked in the Schumann, with the struggle between the impulsive Florestan and the dreamy Eusebius characters, but more on this later.

From the start, when he signalled to his page-turner to sit on a piano stool instead of a chair with a back, to the end of the recital when he skillfully kicked his piano stool underneath the piano to inform the audience that there would be no encores – not to mention the way he tossed his scores onto the floor – I felt a little ill at ease.

The opening tritones (also known as the Devil’s interval) of Liszt’s Après une lecture de Dante surely sounded like the wicked mockery of the Devil, but as the piece went on, this overwhelming heaviness in sound became over-persistent, and as a result, the Steinway piano sounded more like a bad Kawai. The melodic lines were not sustained and neither was the momentum – Mr Pogorelich had a tendency to make rubatos whenever he felt like it – and the piece lost its architectural shape and form and did not seem to make sense musically. The more reflective and sensitive passages, instead of emerging from nowhere, appeared too matter-of-factly and in-your-face. 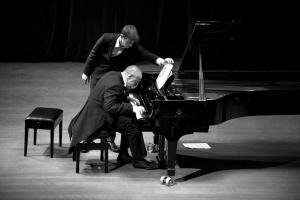 Not a huge Liszt fan, I was looking forward to Schumann’s Fantasie in C, Op.17, since the pianist’s apparent recognition as a poet of the piano should do justice to this musical poet. But Mr Pogorelich’s performance started off awkwardly intriguing, with the opening flowing passages reminiscent of someone sick with diarrhoea and constipation at the same time – the tempo was slow, yet the flourishes seemed to take off and then were abruptly prevented from materialising. And the rest of the piece continued in this uncomfortable way, making me feel increasingly disturbed by his interpretation. The contrasting autobiographical characters mentioned earlier were portrayed clearly, but his tonal control was hardly successful: like the Liszt, the music either came out thundering or was so light that it lost the magical quality for which some of Schumann’s music begs. It became hard to stay focussed as this performance was stretched to a total of 42 minutes, 10 minutes longer than recordings by other pianists such as Martha Argerich or Evgeny Kissin.

This weird interpretation of tempo seemed to be a recurrent theme, as Mr Pogorelich’s first movement of Stravinsky’s Three Movements from Petrushka also seemed ‘lost in translation’. The opening energetic rhythmic figures were infused so liberally with random rubatos that I felt the essence of the music – a dance – was lost. The other two movements were less odd, but again, his tonal palette lacked colour and the bravura passages sounded rather laboured.

The Brahms Paganini Variations fared better. Thanks to the structure of the work, we were able to detect a sense of momentum, which was unfortunately lacking in the other works. Each variation was short, sweet, and solid. I would have perhaps enjoyed a richer orchestral sonority as opposed to his mechanical one-dimensional approach.

Mr Pogorelich chose a demanding programme, and while some of the audience clearly enjoyed his deafening sounds and impressive gestures, I wonder whether he is still technically fit to play these pieces. Were the unconventional tempi chosen to compensate for his reduced physical prowess? Could it be that the pianist is going through a mid-life crisis yet wants to convince the world that he is still a young, able athlete? The more pressing question is, if an unknown pianist played in exactly the same way, would the performance be as well-received and would he/she have such a thriving career?