My music
Pictures at an Exhibition
February 28th, 2015
Tags: Moussorgsky 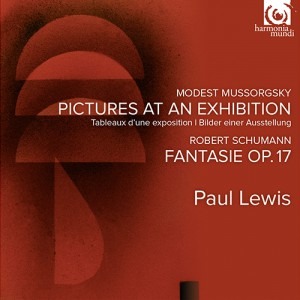 From Pictures at an Exhibition (2015)

Music is never about things. Music just is’, Leonard Bernstein once said. Perhaps that was why Schumann decided to remove the evocative titles (‘Ruin, Triumphal Arch, Constellation’) from his Fantasie: the music has an independent existence without them. Is the same true of Pictures at an Exhibition? Mussorgsky created here something subtler and more ambivalent than Hartmann’s paintings might suggest. Alongside the dazzling virtuosity they call for, Paul Lewis’s unexpected coupling reveals the purely musical qualities of these two 19th-century masterpieces.