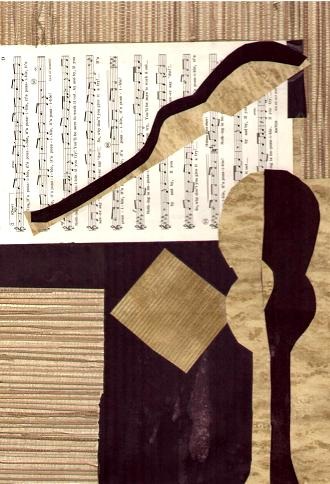 “There is Music in Picasso and Picasso is in Music”

The current exhibition of ‘Picasso: Guitars 1912-1914’ at Museum of Modern Art in New York lets us consider the close relationship between art and music. As an artist, Picasso was influenced by music, which plays such an important part in the culture of his native Spain, throughout his life.  He, in turn, also inspired many musicians, writers and composers of his own time.

Picasso loved the music and pageantry of bullfights, as well as the traditional carnivals and fairs of Catalonia. He also enjoyed the local flamenco music and cante jondo (deep song) – later interpreted by Germaine Montero, whose dramatic renditions of gypsy music and other Spanish songs of love, poverty, and bullfighting he very much admired. These were recurring themes, subjects of many of Picasso’s early paintings.

The present MOMA exhibit shows Picasso’s Guitar Cubist paintings, drawings and collages and sculptures – an extensive consideration of one of the most important instruments for Picasso, during a period of two years. It not only brings into focus a new concept of ‘reality’ as to objects in painted or sculptural space, but connects to the same revolutionary evolution in the musical ‘space’ of his time.

In 1912, Picasso, inspired by his friend, Georges Braque, changed his subject matter from figures to still lifes, essentially starting what would later be called ‘Cubism’.  The painted and sculptural space of disjointed objects broken into parts without volume, depth and seemingly reassembled without effort, started to erode the traditional concepts of space, just as the realities of the old social, scientific and political order also started to change at the turn of the century.  Found objects, wall paper, music sheets, pages from newspapers combined with paper cutouts form parts of violins and guitars, challenged the traditional pictorial and sculptural space, putting everything into question.

After moving from Barcelona, where Picasso had often met with artists and musicians at the Café ‘El Quatre Gats’, to Paris, Picasso became part of a group of artists and musicians who frequented the bistro ‘Au Lapin Agile’, such as the composers Edgar Varèse, Francis Poulenc, painters Juan Gris and André Derain, writers and poets, Guillaume Apollinaire, Louis Aragon, Paul Eluard, Max Jacob and Jean Cocteau. Poulenc set more than a hundred poems by Apollinaire, Aragon, Cocteau and Jacob to music. Much later, he also composed music to accompany Paul Eluard’s series of poems celebrating his artist friends, including one about Picasso.

During this time, Picasso also became involved in Serge Diaghilev’s ‘Ballets Russes’ — Diaghilev: “Perfect ballet can only be created by the fusion of dancing, painting, and music” — represented by the Cubist work ‘Parade’. Its music was composed by Eric Satie, the scenario written by Cocteau, the choreography directed by Léonide Massine, all ridiculing traditional, classical ballet. Picasso designed the stage curtain and costumes, and, just as in his art work, applying the same concepts of fusion of pictorial and sculptural space.

To return to the exhibition at the Museum of Modern Art, the conceptual basis of Cubism in painting is related to the ineffability of music – music has always been considered the highest of the art forms by writers and artists, since, other than in programmatic music, it is mostly abstract and leaves all interpretation open to the listener. In Picasso’s Cubist works the interpretation is also left open – all in the eyes of the viewer. Picasso remarked “I paint not what I see, but what I know is there”, just as Claude Monet had said that his paintings paint not the thing, but the effect it produces (“peindre non la chose, mais l’effect qu’elle produit”).  Objects in painting had already started to disappear with the Impressionist concepts in painting (i.e. in Monet’s Rouen Cathedral and Haystacks paintings), just as Debussy had started to explore different concepts in music (i.e. in his composition such as La Mer and Prélude a l’Après-midi d’un Faune)