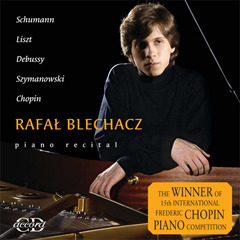 The Romanticism saw a bountiful development of piano music. It was a century which brought not only an abundance of works by the most distinguished composers Chopin, Schumann, Liszt, and others but also added lustre to the century that followed. 20th-century composers could hardly ignore the achievements of the previous age, even if they were sometimes critical of them. It was, in fact, this very act of rebellion and rejection of the Romantic aesthetic that set many of them on their way up to the peak of the musical Parnassus. But even in the art of these rebels one can come across some important works illumined by a seductive romantic radiance. The history of music depends on the mutual interpenetration of styles, trends and aesthetics, from those radically rejecting the past to those freely drawing on its heritage.