In Tune Society
Phantom of the Opera
by Georg Predota March 10th, 2015 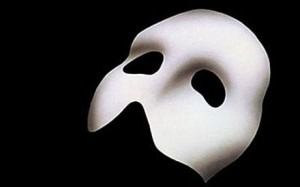 I am sure you have flown with a budget carrier! Attracted by highly reasonable base fares, we have gotten used to paying extra for luggage, meals, blankets, and drinks. If the wishes of a certain airline come true, we will soon be paying for using the bathroom facilities during flight as well! However, we also need to pay for the necessity of being seated. But not every seat is equal. If you’d like to have a bit more leg room, sit in the front of the plane or enjoy being located close to an emergency exit, you have to pay extra. While the back of the plane resembles a tightly packed can of sardines, the premium seats are only intermittently populated. And thus, a common ritual inevitably unfolds. Soon after takeoff, opportunist seat seekers dart throughout the plane in search of improving their seating arrangements. These attempted miniature migrations quickly give rise to tensions amongst “premium” passengers and those trying to climb over them in hopes of a better seat. With the magic word “security” and having to defend a differentiated pricing structure, flight attendants eventually manage to escort grumbling, and sometimes visible angry and aggressive trespassers back to their original seats.

You may well ask why I am telling you stories from my personal travelling log? It so happens that a visitor to the Vienna Opera House was recently arrested for sneaking into the presidential box with a standing-room only ticket. Apparently, the crafty interloper locally known as the “Phantom of the Opera” habitually buys the cheapest tickets. Once the show has actually started, he quickly sneaks into the most expensive boxes. Spotted by ushers, he would nip from one box to the next, evading expulsion until the final curtain. The little game of cat and mouse came to an end during a performance of Richard Strauss’s Josephslegende. Police chased the 63 year-old-man through the aisles of the opera house, and in the Gustav Mahlersaal he was finally cornered. Claiming to be a journalist, he assaulted one of the policemen trying to arrest him and was promptly handcuffed and transferred to a local jail. You can easily imagine something like that happening on a budget plane, but it all seems a bit over-the-top in the context of a Strauss ballet? In the end, however, it all depends on local customs and sensibilities. Central Europe usually looks upon seat improvement as theft, while it becomes an amusing ritual and part of the evening entertainment at the MET in New York. And mind you, at the Paris Opera nobody really cares! It might be of great service to our readers to find out the local customs in San Francisco, Madrid, Moscow or Helsinki, so please let us know! After all, the voyage from Josephslegende to Fidelio, at least in Vienna, is a very short journey indeed!