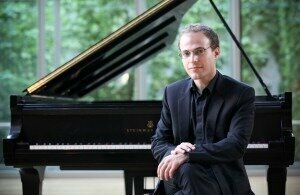 You could say that the debut of Orion Weiss at the Hong Kong International Chamber Music Festival has been long-anticipated – over two years in the waiting. Plans to appear at the 2013 Festival were rearranged due to the birth of his now two year old daughter, who I can hear in the background as Orion manages to find some time to talk ahead of his first appearance in Hong Kong.

After studying at the Cleveland Institute of Music during afternoons at high school, and later at the Juilliard Academy in New York, Orion went on to receive an Avery Fisher Career Grant, and be named Classical Recording Foundation’s Young Artist of the Year, both before the age of 30.

Before jetting off to Hong Kong he’s nipping to Paris to finish a tour of works by Schumann and Debussy with the Salzburg Marionette Theatre. Schumann’s Papillons and Debussy’s little-known La Boîte à Joujoux are the aural backdrop to an evening of puppeteering, a purpose for which the Debussy was actually designed (stage directions perch above the music, informing the director what happens when).

Orion enjoys discovering these little-known works, citing the vastness of the piano repertoire as both a wealth of great music, but also a potential drawback.

‘Sometimes you feel like you’re drowning in a huge ocean of things you don’t know, of endless repertoire, but other times you find yourself exploring a world where all these surprises are there to open up to you.

‘I don’t necessarily always want to play things that are lesser-played, but somehow the box that’s not opened feels like the more exciting one.’ 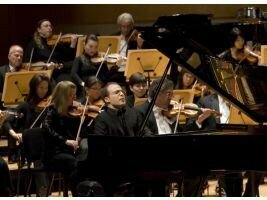 Such a venture he undertook with JoAnn Falletta and the Buffalo Philharmonic Orchestra, exploring Gershwin’s Second Rhapsody and the I Got Rhythm Variations, along with the Piano Concerto, arguably the most famous of the three (all of which, of course, are lost in the shadow of the-one-with-the-clarinet-glissando).

‘When I was young, around 10, I didn’t know I wanted to be a pianist but I loved piano music. I used to listen to the two Brahms concertos on endless repeat, and the Gershwin concerto, and a couple of Mozart concertos. That might be my special connection, that I listened to it a thousand times.

‘Then this project came up, and I knew Rhapsody in Blue and the Piano Concerto, but didn’t know the Second Rhapsody or the I Got Rhythm Variations, and it was just really fun to learn it all, and to get to explore.’

Not only an intrepid explorer of the toybox and rhapsodic jazz musings, Orion commands great works of the repertoire with apparent ease – and often at short notice. Before he was even 20, he gave a performance of Shostakovich’s Second Piano Concerto at less than 24 hours’ notice.

‘That was the first cancellation of my professional career. I think I didn’t know enough to be nervous back then! I was just excited, and it was fun to just step in at the last minute. I’ve done it a bunch of times since, and you find you remember things better than you think you do.’

Do nerves change with age?

‘So many things about your mind and your body feel different when you’ve got adrenaline going through your veins. You can prepare as much as possible for that, but that’s also what makes it fun, spontaneous.

‘You practise so well to learn the piece, but practising to perform it is something so different. Those last couple of days before the performance, where you get in the mindset of how to present it, are really important.

Orion isn’t one of those to rely on a set ritual of superstitions, either.

‘I find my routine keeps changing; you feel different every time you get on stage. I want to eat a little bit, and I want to warm up – they’re the two things.

‘If you’re not careful, your ego can start to get in the way. You start to think about yourself in front of those people, and sometimes it can step in between your interpretation of the music, and the music. I try to forget that pride, and just focus on the music.’

Orion Weiss will be performing at the HKICMF in Januray 2015.