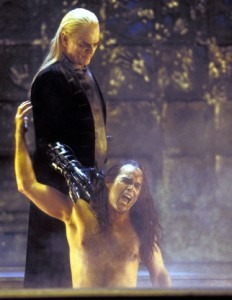 I read two interesting articles recently. One was about the Metropolitan Opera, whose spokesman proudly informed Times Magazine that the average age of subscribers is much younger now, “dropping from 66.4 in 2005 to 64.8 in 2011” – which, let’s face it, isn’t that much younger.

The other was a report in the New York Times, about The Phantom of the Opera reaching its 10,000th performance on Broadway just this February.

This made me wonder: why does the opera attract mostly older theatregoers? Looking at the numbers for The Phantom of the Opera, it’s clear that younger audiences enjoy a good musical performance. So why the age skew?

While it’s true that both of these articles focused on the musical scene in New York, I think the scenario is comparable in other big cities. I recently visited London and Paris, and managed to catch three operas and one musical over the course of ten days. I saw Don Giovanni and Così fan tutte at Covent Garden, where Le nozze di Figaro was also running. All three were comic operas that Mozart wrote with his famous librettist, Lorenzo Da Ponte.

Don Giovanni was exceptionally good. The title role was played by Gerald Finley, who was mesmerising not only for his deep, intense baritone voice, but also for his appearance. During the last scene with the Commendatore, Finley was half-naked. His toned and muscular body would’ve seduced most of the female audience even without him having to hum three notes!

Così fan tutte was not exceptional, in terms of singing, but was most enjoyable thanks to the remarkable acting. The best part was probably the translation of the libretto, which was brilliant. The action was transposed into a 21st century setting and the language was modern and witty, containing references to modern-day life that made the plot that much more relatable and entertaining.

On average, the audience might have been in their 50s, but there were also some younger groups who sat through the show, happy and high-spirited, commenting and laughing.

I then went to the Opéra de Paris in Bastille for Massenet’s Manon. Massenet is not Mozart, but I went to see Nathalie Dessay, who was playing the part of Manon. One can only imagine my disappointment when, once seated inside the auditorium, I discovered that Madame Dessay was not going to be performing, with no reason or apologies given. 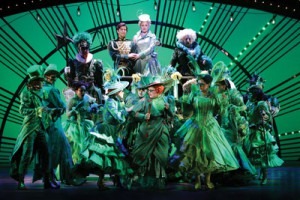 Other patrons around me were equally disappointed, and according to my companion, this is not the first time the diva bowed out. With so many offers to perform, the only way to preserve her voice would be to cancel some of her performances last minute. The organiser obviously can’t complain, since her name was the real box office draw.

If I had been alone, I would probably have asked for a refund. When I did try to lodge a complaint, I found out that the Opéra de Paris does not even have an email address. The only way to contact them is to send a letter by post! Perhaps it’s little wonder that the younger generation would be turned off.

Anyway, Manon was three hours of boredom. The singing was mediocre and the staging — created by Coline Serreau, a film director long past her expiry date — was ridiculous. Opéra de Paris might want to take a cue from the English National Opera and innovate, though it must be said that not every director can be Anthony Minghella.

The last performance I saw was Wicked in London. Again, Stephen Schwartz (composer and lyricist) is no Mozart, but I enjoyed it much more than Manon. The music was pleasant and the singing and acting were well above average.

The audience consisted of children accompanied by their grandparents, young couples and groups of friends. During the intermission, theatre staff ran up and down the rows selling ice cream and drinks, contributing to an atmosphere that was joyful, relaxed and enthusiastic. That is what I call entertainment.

Let’s compare opera and musicals, shall we? Both are live performances, with a supporting orchestra and a cast that can sing (eventually), act and sometimes even dance and fight. There is usually a more or less beautiful score with a more or less silly plot. If the composer is talented, the more memorable arias can remain hits for decades.

Yet the opera, with its exorbitant ticket prices, ‘cultural’ image and audiences comprising only high society types, scares away a great number of potential audience members. Nowadays, a good number of patrons visit the opera for its social status. Just like carrying a brand-name handbag, the opera is an occasion to dress up and be seen.

It’s easy to forget that the opera was the ‘musical’ of its time. The famous La Scala in its early days had patrons gambling, horse dealing, even preparing food while at the same time, listening to the performance. Like musicals, the opera is, at its core, entertainment for the masses.

Così fan tutte has as much potential as The Phantom of the Opera to reach ten thousand performances, if only it were more accessible – something that can be achieved with a bit of repackaging. If the directors of opera houses can learn to reach out, and conventional opera patrons can stop looking down with stiff upper lips at the younger audiences in jeans, then we might yet see a genuine drop in the average age of subscribers. It’s never too late.