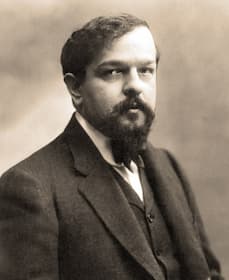 As German troops bombarded the city of Paris, Claude Debussy died in 25 March 1918. The chaotic situation did no permit a public funeral, but a lonely funeral cortège nevertheless made its way through deserted streets, passing the Tuileries, and the Place de la Bastille. Debussy’s body was temporarily laid to rest at the old Père Lachaise Cemetery, an event witnessed by barely 20 people. With the war raging, the public paid very little attention to the passing of one of the most imaginative sonic explorer and musical visionaries of his time. As a contemporary wrote, “his only funeral march was played by Germany’s Big Bertha.” The Guardian did run a short obit on 27 March 1918, reporting, “Of all composers in our day Debussy had the finest aesthetic. He has left us a world of beautiful music. Père Lachaise would not be the composer’s final resting place, however, as he wished to rest “among trees and the birds.” As such, Debussy’s body was reinterred the following year in the small Passy Cemetery sequestered behind the Trocadéro. Just a couple of years earlier, Debussy had hoped for a quick end of hostilities between German and France, as he wrote “My age and fitness allow me at most to guard a fence…but, if, to assure victory, they are absolutely in need of another face to be bashed in, I’ll offer mine without question.” 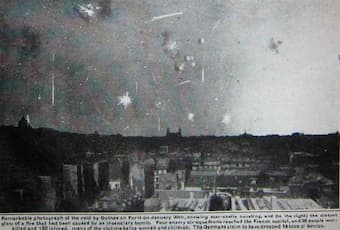 However, Debussy was already fighting his own personal battle against colon cancer. By the end of 1908 Debussy complained of severe rectal pain, and soon thereafter suffered from daily bleeding. His doctor prescribed lots of exercise and a change of diet, and Debussy writes to his publisher Jacques Durand in early 1909. “For two days I never stopped suffering miserably. Only with the help of a variety of tranquilizers—morphine, cocaine, and other such lovely drugs—was I able to cope, but at the price of total stupor.” Debussy continued to endure painful examinations and unfathomable suffering, but he was officially diagnosed only six years later, in the summer of 1915. As the war entered its second year, life for Debussy and his family became a real challenge. Shortages of food and fuel, and a steady escalation of cost made it increasingly difficult to earn a living. “It is almost impossible to work,” Debussy wrote, “to tell the truth, one hardly dares to, for the asides of the war are more distressing than one imagines. I am just a poor little atom crushed in this terrible cataclysm.” 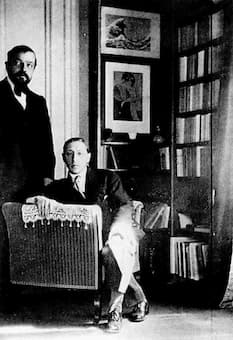 In addition, his illness was frighteningly progressing as he wrote to a friend, “Of course this illness had to come at the end of a spell of good work. I tell you, old man, it makes me weep. And in addition to all this misery, these morphine injections turn you into a walking corpse and completely annihilate your will. When you want to go to the right, you go to the left, and do all sorts of stupid things of that kind. If I were to give a detailed account of my misfortunes, you would be reduced to tears, and your wife would think you had lost your wits!” On 7 December 1915, Debussy underwent colostomy surgery followed by radiation treatment. “Over a period of days and even weeks, Debussy’s doctors inserted pellets or tubes filled with radium into his rectum in an attempt to destroy the remnants of his tumor. The treatments were agonizingly painful and highly problematic because the optimal duration of exposure to radiation was not known.” Debussy was unable to work, and severely depressed he wrote on 8 June 1916. “Since Claude Debussy is no longer writing music, he has no excuse for being alive. I have no hobbies; I was never taught anything but music. Things are endurable only on condition that I can compose; but to keep tapping a brain that sounds hollow is an unpleasant business.” 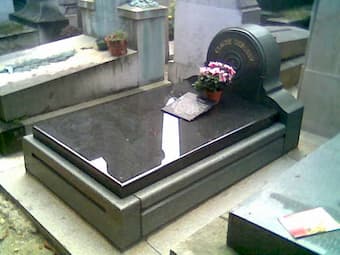 Finding strength from within, Debussy took heart and began to compose more than he had in years. “I cannot say I feel any better,” he writes, “but I have made up my mind to ignore my health, to get back to work, and to be no longer the slave of this over-tyrannical disease. We shall soon see. If I am doomed to disappear soon, I wish to have at least tried to do my duty.” Somehow, Debussy found the strength to perform the piano part of his Sonata No. 3 for Violin and Piano at its premiere on 5 May 1917. As he wrote, “this work was created not so much for myself, but to offer proof, small as it may be, that French thought will not be destroyed… I think of the youth of France, senselessly mowed down…what I am writing will be a secret homage to them.” A scholar writes, “reading Debussy’s letter from his last years, all the while contemplating the degree of almost endless suffering and ongoing physical deterioration is itself a painful experience. And yet he soldiered on, displaying precisely the sort of spirit and courage often attributed to those fighting a terminal disease.”