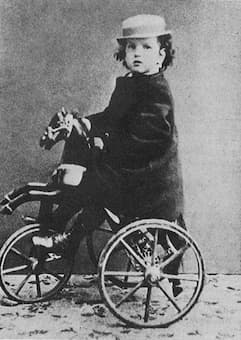 Claude Debussy once told a journalist in Vienna, “See how they are mistaken. Some think I am a melancholy northerner, other that I am from the south, from Provence, the country of Daudet—tireli, tirela! Well, I am just a native of Saint-Germain, half an hour from Paris.” 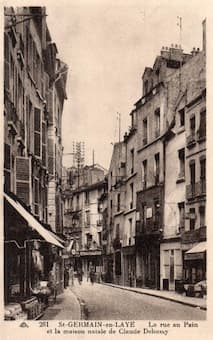 Debussy’s ancestry, however, can be traced to the Auxois district of Burgandy, and to a line of farmers, small landowners and laborers active around the village of Courcelees-sous-Grignon. The family moved closer to Paris around the time of the Revolution, and his grandfather was a wine seller and later a carpenter. His father, Manuel-Achille was born in Montrouge in 1836 and apparently was a jack-of-all-trades before serving in the marine infantry for seven year. On 30 November 1861 he married Victorine Manoury in the village of Levallois, and the very next day the young couple moved to St Germain-en-Laye to run a china shop. Little is known about Debussy’s parents, but it has been suggested that Manuel was “fond of music, particularly opéra comique, and that he appeared to have had a brother who was the conductor of a military band somewhere in the provinces.” 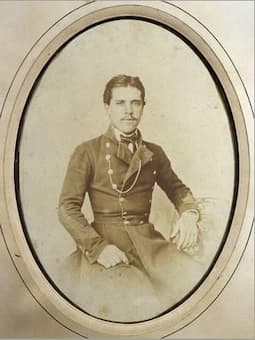 Manuel Debussy “pretended to the widest interests. He frequented playhouse galleries, saw all the most successful pieces, read the most popular books, talked of them at length, and fancied himself as a musical connoisseur.” His son, however, frequently referred to him as “le vieux galvaudeux.” We know even less about Mme Debussy, but she is said “to have been highly emotional.” On 22 August 1862 their first son, Achille-Claude—named after his father and paternal grandfather—was born in Saint-Germain-en-Laye, Seine-et-Oise, although it was two years before he was baptized. He was the eldest of five children, and when the china shop proved unsuccessful, the family moved to Paris, first living with Victorine’s mother, in Clichy, and, from 1868, in their own apartment in the Rue Saint-Honoré. In 1870, during the Franco-Prussian War, the family took refuge in Cannes with Manuel’s sister, Clementine, who arranged for Debussy to have his first piano lessons with an Italian musician named Jean Cerutti. On the advice of Charles de Sivry, young Debussy made contact with Mme Mauté de Fleurville, a former student of Chopin and mother of Antoinette Mauté, Verlaine’s mother-in-law. She prepared him for entrance to the Paris Conservatoire, to which he was admitted at the age of 10 without ever having attended ordinary school. 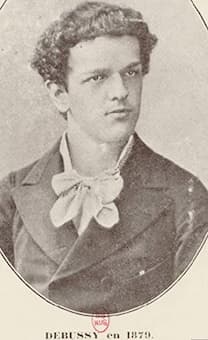 A scholar writes, “Living apart from his brother and sister, never having gone to school and continually in the company of his mother, Debussy was not a happy child and had little opportunity to acquire any sense of sociability… When he was admitted to the Conservatoire, his awkward and unsociable manner, not to mention his poor education, hardly made him attractive to his fellow students.” His first Conservatoire teachers were Antoine Marmontel for piano and Albert Lavignac for solfège. Marmontel wrote, “he doesn’t like the piano much, but he does like music.” Between 1875–7, he won minor prizes for solfège and for piano, “but having failed to win a premier prix for piano he was forced to give up the idea of a career as a virtuoso; he enrolled in Emile Durand’s harmony class, then in August Bazille’s accompaniment class, in which he won his only premier prix.” Debussy composed his first mélodies on texts by Alfred de Musset in 1879, and in the summer of 1880 “he was engaged by Nadezhda von Meck, Tchaikovsky’s patron, to teach her children and to play duets with her.” 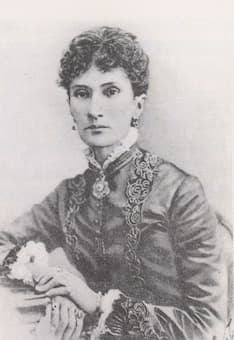 Meck writes in a letter, “Two days ago a young pianist arrived from Paris… I engaged him for the summer to give lessons to the children, accompany Julia’s singing and play four hands with myself. This young man plays well, his technique is brilliant, but he lacks any personal expression. He is yet too young, says he is twenty, but looks sixteen.” In July Mme von Meck travelled with Debussy and five or six of her children from Interlaken to Arcachon in the south of France. On 17 August she writes to Tchaikovsky, “Yesterday for the first time I played our Symphony (Nr. 4) with my little Frenchman… He did not play it well, though he read it splendidly. That is his only, though very important merit… On the whole he is a typical Parisian boulevard product… He composes very nicely, but here too he is the true Frenchman.” At the beginning of September 1880, von Meck writes to Tchaikovsky from Florence, “I shall send you for your appreciation a little composition—one of many—by my little pianist, Bussy. This youth intends to become a composer and writes very nice things. He is now writing a trio, it is very nice but it echoes the music of his professor, Massenet.” The composition von Meck sent to Tchaikovsky was the “Danse bohémienne.” Tchaikovsky wrote, “It is a very nice little thing, but altogether too short. Not a single thought is developed to the end, the form is bungled and there is no unity.” On 29 September 1880 Mme von Meck finally informs Tchaikovsky that her “little Frenchman has finished his Trio.” Debussy would subsequently join Mme von Meck in Russia for two months in 1881, and again in Moscow in the following summer, followed by two months in Vienna.