Features
On This Day
12 March: Schubert’s “Death and the Maiden” Quartet Was Premiered
by Georg Predota March 12th, 2022
Tags: Schubert

In 1774 the poet Matthias Claudius (1740-1815) published a short poem titled “Death and the Maiden.” The poem is designed as a dialogue, contrasting a young woman’s fear with the reassurance of death. Claudius creates opposites and connections between the two figures. “The meter is consistently iambic, but in the girl’s stanza only three-pronged, which corresponds to the short exclamations, incomplete sentences and imperatives that express fear.” Death speaks in iambic meter as well, but it is initially five-pronged, “which immediately takes the tempo out of the dialogue. Death has just as many imperatives, but they seem like consolation in the context of the long sentence structure and the signal words ‘friend,’ and ‘softly’.” 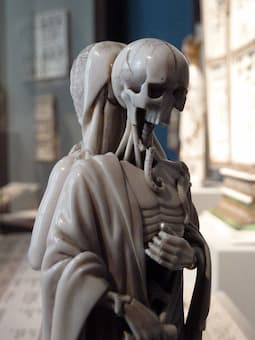 Death and the Maiden

Give your hand, you beautiful and delicate figure!
I am a friend and do not come to punish:
Be of good cheer! I’m not wild.
You shall sleep softly in my arms. 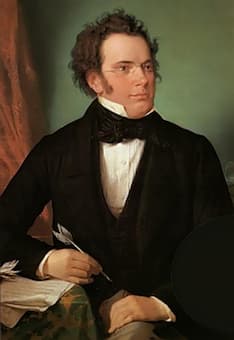 Franz Schubert was only 20 years of age when he set the Claudius poem to music in 1817. A solemn funeral march in D minor, suggesting impending death sounds in the brief introduction. With the girl formulating fear and death in general, death meets her with appeasement, calm and gentleness. Since the girl no longer replies, the poem suggests that there is nothing terrible about death, and that the girl gives herself willingly. Schubert apparently read it in that particular way as well, as the short introduction has now turned to the major mode. A critic wrote, “the effect is so powerful as to make us gasp: with this seemingly simple switch from minor to major, everything is transfigured, and the girl’s fear of death and darkness is transformed to acceptance as she steps into the light.” Seven years later, Schubert reused the opening funeral march in the second movement of his string quartet in D minor, better known as “Death and the Maiden.” 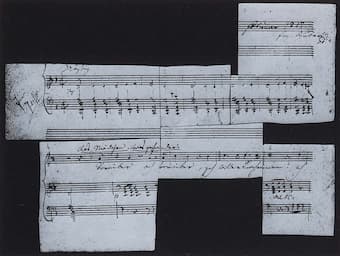 Schubert: Death and the Maiden manuscript

While death was a mere concept of little consequence for Schubert in 1817, by 1824 it was staring him right in the face. Suffering with an outburst of tertiary stage syphilis, Schubert wrote to his friend Leopold Kupelwieser on 31 March 1824. “I feel myself to be the most unhappy and wretched creature in the world. Imagine a man whose health will never be right again, and who in sheer despair over this ever makes things worse and worse, instead of better; imagine a man, I say, whose most brilliant hopes have perished, to whom the felicity of love and friendship have nothing to offer but pain, at best, whose enthusiasm for all things beautiful is gone, and I ask you, is he not a miserable, unhappy being? ‘My peace is gone, my heart is heavy, I shall find it never and nevermore’, I may well sing every day now, for each night, on retiring to bed, I hope I may not wake again, and each morning but recalls yesterday’s grief.”

Hans Baldung: Death and the Maiden

This particular letter was written precisely at the time Schubert was composing his “Death and the Maiden” string quartet. Scholars have called it “an emotional roller coaster triggered by his syphilis diagnosis.” He turns the song into a wordless set of variations, preceded by a ferocious “Allegro,” and following it with a Scherzo and a Finale that have been described as “the dance of the demon fiddler” and “a dance with death.” We know of a rehearsal at the end of January 1826 with the Schuppanzigh Quartet at the home of Franz Lachner, and a possible performance at the home of Josef Barth, with a house concert on 29 January hosted by Karl and Franz Hacker proposed as well. There also seems to have been a proposed performance of the “Death and the Maiden” quartet at a Schuppanzigh concert on 12 March 1826. In the event, this exceptional work in the chamber music repertoire wasn’t published until 1831, years after Schubert had passed away.