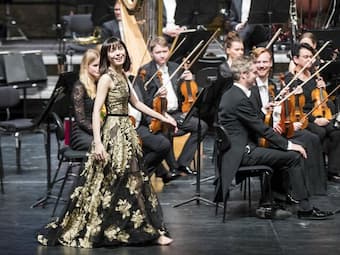 Alice Sara Ott has been described as one of the most fascinating artists of her generation. Equipped with impressive technique and sensitive musicality, her poetic piano playing is praised for its perfection and intensity. Following her debut release on Deutsche Grammophon with Liszt’s Etudes d’exécution transcendante, a critic wrote “Her technique is stunning, her tone wonderfully diverse, her tone wonderfully varied, from crystalline purity to powerfully raw, and the energy that drives her playing seems unstoppable.” 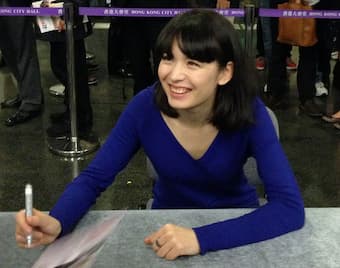 Alice Sara Ott was born on 1 August 1988 in Munich, daughter to a German engineer and his Japanese pianist wife. Her introduction to music was somewhat accidental, as her parents took her with them to a concert because they couldn’t find a babysitter. One year later, at the age of 4, she started piano lessons and realized that “music was the language that goes much beyond any words, and that I wanted to communicate and express myself through music.” As a child, Ott was obsessed with jigsaw puzzles, and she approached music like a game. “That made playing pure pleasure. I was just having fun. I spent so much time on the piano that my mother thought it must be ruining my health, and she would pull me away from it.”

Alice progressed rapidly, and shortly after her fifth birthday, she played in the final of a youth music competition in Munich’s Herkulessaal. At the age of 12 she entered the famous piano class of Professor Karl-Heinz Kämmerling at the Salzburg Mozarteum and in 2002, the only 13-year-old Alice was the youngest finalist in the history of the International Piano Competition in Hamamatsu, where she was honored as the “Most Promising Artist.” She won first prize at the Bach Competition in Köthen in 2003 and at the International Music Competition in Val Tidone in 2004. Ott has established a large fan base in Japan, and as she explains, “My whole life was spent questioning: Am I German? Am I Japanese? What am I? I found my answer when I became a musician because in music, nationality doesn’t matter at all.” In addition, Ott is adamant to bring classical music to the widest possible audience. “I want to dispel the idea that classical music is only for rich, educated people,” she explains. “You don’t have to be educated to enjoy classical music.” 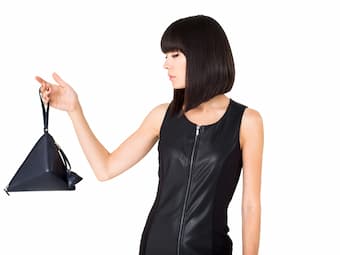 Ott continued to develop her international career with a series of high-profile European performances, always searching to “get to the heart of the works in her repertoire, and the desire to unleash a wide range of emotions and creative ideas in each performance.” While rave reviews continue to fuel her performances, her interest lies in artistic development. “Even when I am 80,” she explains, “I want to be able to play in public and connect with people through music.” However, Alice Sara Ott also connects to people by placing her global prominence in the service of lucrative endorsement contracts. While Ray Chen exclusively performs in Armani suits, Yuja, Yundi and Domingo consider the Rolex watch their “favorite instruments.” Alice Sara Ott, meanwhile, models diamonds, bracelets, and all kinds of jewelry, and she has designed a series of leather bags for an exclusive German company. She is the Global Brand Ambassador for Technics, Panasonic’s Hi-Fi Audio brand, and she has entered the world of smartphones with her “And Here Comes Alice” sticker series designed for the popular instant messaging app LINE. Her sales pitch reads, “Alice plays the piano, preferably barefoot. She loves travelling, chocolate, whisky and origami.” 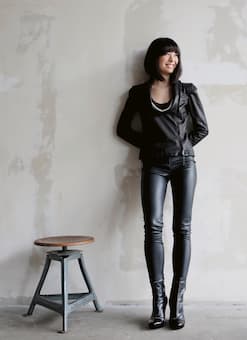 In 2018, Ott woke one day in a state of collapse, and she initially blamed overwork and stress. She had just returned from a challenging tour of Japan with her popular recital “Nightfall”, and was battling a bad cold. “After the last concert I noticed that I had a numb spot on my lip,” she says. “Then I flew home to Munich. When I woke up in the morning I could not get out of bed and I could not focus my eyes. I was seeing everything double. It was almost two weeks until I could walk again.” After countless medical appointments and examinations, Ott was diagnosed with multiple sclerosis. “I found myself aboard an emotional roller coaster with feelings of panic, fear and devastation,” she writes. However, with the right balance of treatment and therapy, her symptoms gradually eased and Ott has been able to continue her concert career. “I always am a positive person. I am 31 and I still have a long life ahead of me. I don’t want to spend the rest of my life being pitiful and sad. That’s not who I am,” she says.