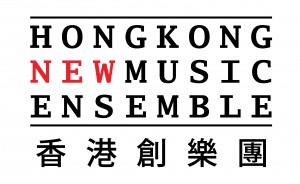 Many people were shocked when they heard that William Lane had left his job as violist in the Hong Kong Philharmonic to devote himself full time to The Hong Kong New Music Ensemble. He had founded the HKNME while at the Philharmonic in 2008 and, in 2010, could now devote all his time to it. Yet, in the few short years of its existence, the HKNME has become the cutting edge ensemble of the city. Innovative programming matched with creative thinking in the arts means that their programs of contemporary music should not be ignored and must not be missed.

One of their recent ventures has been The Modern Academy. The idea of the “academy” has changed over time. In the Renaissance, it was a group of men or women who came together to pursue the idea of humanism. They wrote poetry, books, music, and were centers of learning as much as a centers of experimentation. In the HKNME’s Modern Academy, in-depth short courses for students and young professionals in music and composition also matched learning and experimentation. Held in mid-June this year for the second time, the Academy brought together seasoned professional composers to work with students on projects such as writing music for the moving image, composing for and working with dancers, and a workshop with the contemporary vocal ensemble The Neue Vocalsolisten Stuttgart. Performers were exposed to “Soundpainting,” a new live-composing sign language. Conductors, composers, performers, and singers all came together in The Modern Academy to both learn about contemporary music and to stretch their own musical boundaries.

Little else in the music world in Hong Kong seems to be this aggressively forward-looking. We spoke with Lane about the new music scene in Hong Kong and about Hong Kong composers. One topic that has been central to the classical music world of Hong Kong over the past few months is the dearth of experience in symphonic music available to young composers. We gave him the most open scenario possible: what would he do with the Hong Kong Philharmonic, for example, if he had multiple-year funding with no limits? He shot right back with an idea for making access to these normally closed orchestral ensembles, such as the Philharmonic, more open and transparent. 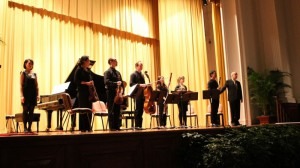 Lane believes that Hong Kong is home to a world-class group of composers that is not fully recognized nor nurtured enough with professional opportunities in the city. He emphasizes that this is part of a deeply rooted cultural issue that also infiltrates attitudes far and wide in Hong Kong, and not just limited to the development of composers.

Lane believes that while some arts organizations often pledge their best intentions to promote and nurture Hong Kong talent, there is a general lack of long-term strategy and key organizational policy in place to protect key initiatives. He sees that some organizations suffer from meddling out-of-date boards that do not let the experts do their jobs; while others are not looking hard enough for talent on their doorsteps. Many interest groups are now quite disengaged from the consultation process after years of discouragement. He recommends:

1) Setting up open forums that allow for in-depth and no-nonsense discussion between boards, higher management, and a wide variety of outside interest groups to ensure that the most effective and suitable talent development projects are realized

2) Ensure that these development projects are deemed high-priority and have enough resources invested in them, and that they are not dependent upon contingent funding

3) Ensure that these projects happen frequently and are well-curated, guaranteeing their long-term sustainability 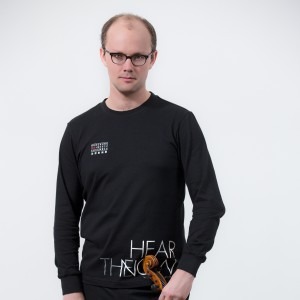 Small projects could lead to larger projects with the result that Hong Kong classical world could …reimagine classical music as not just a museum, but a living entity that interacts with its city” Interlude’s recent conversation with Bun-Ching Lam resulted in her asking what we will be listening to in the future if all we do is limit performances to old dead music?

The HKNME and William Lane are changing this. The Modern Academy exposes young composers and musicians to the world outside their own local experiences by bringing in leading proponents of contemporary music and creating situations where they all work together to create new music. The Neue Vocalsolisten Stuttgart ended their residency with a performance of Karlheinz Stockhausen’s Stimmung, written in 1968 and only now receiving its Hong Kong première, a mere 47 years late. It took the HKNME’s Modern Academy to bring this to the city. We note with interest Bun-Ching Lam’s on-going set of commissions from her home town, Macau, which will result in a wonderful body of music that is completely from a local perspective, but which has international possibilities. What remains is for Hong Kong to work towards a similar vision. The time and energy that Lane is investing in the HKNME should be a model for other musical institutions in the city.