Composers Anecdotes
What Does Nothing Sound Like in Music?
Haydn’s Representation of Chaos
by Georg Predota November 23rd, 2018
Tags: Haydn 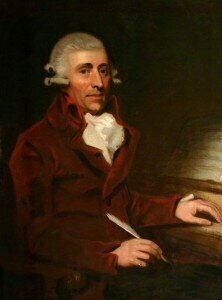 What does nothing sound like in music? Silence would be a good starting point, but then it wouldn’t be music. Amazingly, Haydn’s oratorio The Creation “opens with nothing short of a musical impossibility, the sound of infinite nothingness.” A contemporary critic and composer writes, “how the poet must have rejoiced as he put into the composer’s hand the idea of setting chaos to music; can there be a more unfortunate idea? All music is in itself order, rhythm. Without them no music is conceivable. A chaos of notes is no music but noise, shouting, racket and everything that lies beyond the sphere of the beautiful, the idealistic, is lost for art.” And when Charles Burney first heard the opening, he rationalized that “chaos fulfilled its goals as an example of studied confusion.” So how does Haydn go about musically depicting the infinite void preceding God’s creation of the heavens and the earth? 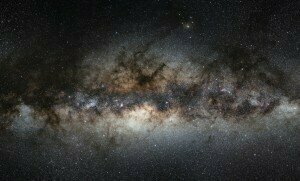 Somewhat surprisingly, he starts his portrayal—titled “The Representation of Chaos”—with a unison C played by the full orchestra. It has no harmony, no dissonance, no melody and no rhythmic pulse, only an extended decrescendo on this single note. It is not nothing, but as Donald Francis Tovey wrote, “here is your infinite empty musical space.” And from this nothing, Haydn ingeniously assembles the fundamental materials of music in a mere 59 measures. Two notes create an interval, joined by another single note to create a chord. But this basic triad exists in a harmonic vacuum, as “Haydn denies the existence of tonal organization.” Skillfully withholding cadences from the end of phrases, Haydn depicts chaos through progressions that do not adhere to the established conventions of his day. Harmonies that do not resolve as expected, and by employing “misguided modulations,” Haydn “uses the means of art to frustrate the effects of art.”

Creation of Adam by Michelangelo

Not everybody was enamored with this “total muddle,” and Hector Berlioz famously suggested that “all these conventionalities put me in such a sour mood that I would like to kill someone.” I hope he didn’t, but Haydn’s visionary treatment of harmony—it took Wagner over half a century to come up with his “Tristan Chord’—is clear testimony of a musical genius of unsurpassed imagination and originality.