Not just another Russian pianist 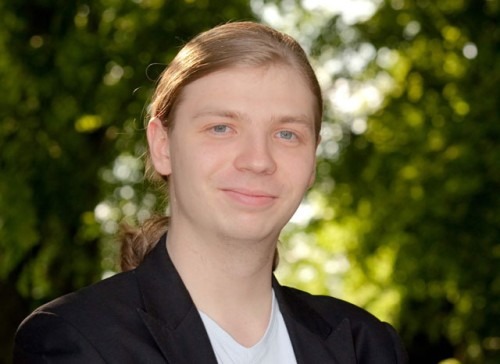 With a deep respect for tradition and musicians from his homeland, the Russian pianist Denis Kozhukhin carries this unique Russian spirit with him when dazzling audience around the world, particularly with his playing of Prokofiev’s music. A prize-winner at both the Leeds and the Queen Elizabeth piano competitions, Kozhukhin has already embarked on a colorful performing career, collaborating with great musicians. On the road, he also finds delight in discovering the art world, beyond music.

JL: You have an amazing record of performances. Looking back at your path, was there any significant moment?

DK: Probably the important things that happened in my professional life were always related to my teachers. The first one after my mother, N.Fish has been my teacher until the age of 14. Then I met D. Bashkirov and I had to move to Madrid alone at the age of 14, which of course was a major change in my life. This great master has been my mentor until now. He is really one of the greatest teachers in the world, a great artist who gives you an insight to your musical life.

JL: You achieved great result in two major competitions: Leeds and Queen Elizabeth. To what extent did they help your career?

DK: Leeds competition was the first big one that I have tried. Getting the 3d prize was important not only because of the prize itself, but also of the experience. It showed me how stressful competitions are, how to control the emotions and many other things. Winning Queen Elizabeth Competition has helped me a lot in my professional life as I started to meet wonderful musicians, conductors, fantastic agents with whom I am working. So all that started my professional life, which has become much more intensive, with lots of new repertoire to play all the time, lots of orchestral performances which I love . 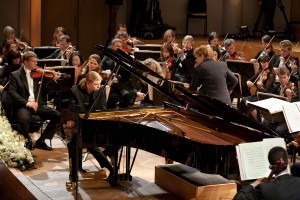 JL: People often talks of the Russian school of piano playing. Do you think that there is one?

DK: I am not in favour of calling it a ‘school’. Would you call a great pianist ‘a pupil’ of any school? I think that there are, of course, traditions of teaching the piano playing. The Russian school is one of the deepest ones and also of the most important ones. But traditions have changed so much over the years and I am sure that as in any art, this has made piano playing richer. Although I have had major influence from Russian teachers, I also had teachers from different countries and traditions. Each of them has given me something.

DK: Among the pianists who are not with us anymore, I would say Richter, Gilels, Lipatti, Sofronitsky, Fisher, and Schnabel. And today’s pianists would be Radu Lupu , Sokolov, Marta Argerich, Kristian Zimmerman.

JL: In terms of repertoire, are you particularly fond of Prokofiev’s music?

DK: Indeed, Prokofiev has a very special place in my repertoire. Last season, I performed the complete cycle of piano concertos with the BBC Scottish Symphony Orchestra. In January 2013, I am performing the complete cycle of his piano sonatas in Japan. My first CD is a recording of his War Sonatas. His music is extremely modern, with lots of variety, full of sarcasm and irony, but at the same time philosophical and lyrical. His music for me is very connected to Russian root, the soil on which he lived. It is full of the spirit of Russian people.

JL: I know that you are passionate about chamber music and have collaborated with great musicians like Kavakovs, the Capuçon brothers etc. How has chamber music playing enriched your role as a soloist?

DK: Chamber music for me is as important as playing recitals or playing with orchestras. The great magic of it is in the connection that you feel with other musicians. And of course I also learn a lot from great artists. Playing a lot of chamber music helps me to understand better how the orchestra works. I consider an orchestra as a big chamber music group, in which you connect with them and they with you.

JL: Being an artist, one has to be very focused. However, apart from the concert hall, hotel and airport, do you pay visit to museum or gallery, other cultural events to enrich your artistry?

DK: Of course, life as a travelling musician is busy, but I have other things, which I can not live without, like reading, being with nature, getting new experiences from museums, books, concerts, recordings. For example a few weeks ago, I had my Vienna debut. I was really excited to go there for the first time, not only because of the concert itself, but also because of being able to see some major Gustav Klimt´s works. Things like that make these trips magical.

Denis will be performing at the Hong Kong International Chamber Music Festival 2013
January 16-23, 2013