Features
Should certain repertoire be “off limits” to amateur pianists?
by Frances Wilson August 20th, 2016

Occasionally I come across the suggestion from other professional musicians and even some teachers that certain repertoire is the exclusive preserve of the professionals and should be left well alone by “amateurs”. This includes the final piano sonatas of Beethoven and Schubert, the Goldberg Variations, Chopin’s Piano Sonatas, Balakirev’s ‘Islamey’, Ravel’s ‘Gaspard’ and all of the big well-known piano concertos. The suggestion is that no amateur pianist could possibly ever be “good enough” to master any of these great works and that the professional “know” how to play them best. Conversely, I recently came across a blog post describing a suite of miniature variations as music for the “amateur pianist”, the implication being that no pro would touch it (in fact, the variations in question were premiered by a respected concert pianist and have subsequently been performed by him to much acclaim).

I posed the question “Should certain repertoire be off limits to amateur pianists?” in a piano group I belong to on Facebook and it was met with a stream of lively and vociferous comments. Most people agreed that no repertoire should be off limits to anyone, with the proviso that we should all be aware of our own limitations and select repertoire which we are capable of mastering – and this applies equally to professional musicians (very few people are capable of tackling anything and everything in the vast piano repertoire). There were interesting comments about bad performances of great music by so-called amateur musicians and how this appropriation of the great composer’s great works shows a lack of respect towards the music, but the general consensus was that amateurs should have the freedom to play whatever they like. Indeed any musician should have the freedom to play whatever they like: music was written to be played and fundamentally it matters not a jot whether one plays badly in the privacy of one’s living room or beautifully to a paying audience. It is about exploring and loving this wonderful repertoire. 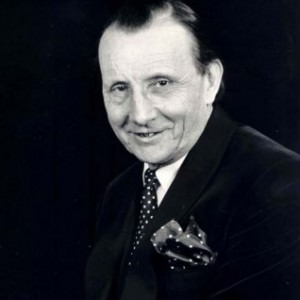 I have occasionally taught adult amateur pianists and I find their ambitions to master Rachmaninov’s Second Piano Concerto sometimes have to be tempered by their limited abilities. A good teacher will guide and advise, suggesting repertoire that is achievable so that the student gains confidence, experience, develops technique and musicality and above all enjoys playing the music, rather than growing frustrated by it because it is too challenging. However, I also believe that we shouldn’t always play within our comfort zone, and I think it’s important to have one or two pieces in one’s repertoire that are challenging and “difficult”. Learning and playing outside our comfort zone pushes us, forces us to problem-solve, tests technique and musicianship, and equips us with useful learning tools which can be applied to other repertoire. Alongside this, it is also important to have repertoire that is doable, and even some that is “easy”. In fact, it is hard to play easy music well (often because there is nowhere to “hide” in easier music): the simplest pieces played beautifully can be the most exquisite.

In 2013 I co-founded a London-based group for adult amateur pianists which meets regularly for informal performance opportunities and to socialise. Pianists of all abilities are welcome and everyone clearly adores the piano and its repertoire. Occasionally people have come to performance platforms and stumbled through a favourite piece or attempted something that is clearly beyond their capabilities, or not ready for a public performance. Here it is a case of “knowing one’s limits” rather than feeling that repertoire is “off limits” – and I always advise people to select music they know well and feel comfortable with for such performance events. At the other end of the scale, some members of the group are fine pianists and seasoned performers. Many have attended music college or achieved external performance but have chosen to pursue another career path (we have an actuary, several doctors and scientists, a lawyer and video game designer amongst our members). These “amateur” pianists play to what most people would consider a “professional standard” and if one were to do a blind performance of these people and some professional pianists, I doubt a non-specialist could tell the difference. At this point the boundaries between amateur and professional become extremely blurred and the only difference is the career choice and the pay cheque.

So go ahead, play what you like. Love your piano and its glorious and hugely varied repertoire. And if you are looking for something a little different to try from twentieth-century and contemporary piano repertoire may I suggest the following:

Variations for Judith – a set of variations based on the Chorale ‘Bist du bei mir’ (Stolzel arr. J S Bach) with contributions by Richard Rodney Bennett, Tarik O’Regan, Thalia Myers and Judith Bingham, amongst others.