Blog
No Passions in Hong Kong
by Juliette April 23rd, 2010

I became a Bach fanatic in the late seventies when I discovered Glenn Gould, though I came to appreciate Bach’s choral music at a much later stage, first with the Cantatas, then the Mass in B Minor and lastly, the Passions. 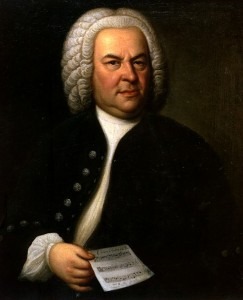 Many years ago, when I was part of the Ladies’ Committee of the Hong Kong Arts Festivals (a group of ladies looking after the performing artists), I was fortunate enough to oversee the care of one of the foremost Bach specialists, Philippe Herreweghe, as well as his orchestra, the Collegium Vocale Gent.

They performed two concerts for the Festival: Bach’s St. John Passion and the Mass in B Minor. Both concerts were memorable, though I was particularly moved by the St. John, this being my first discovery of this remarkable piece, as well as the first time I had the privilege of hearing Mark Padmore. Mark has a great voice and poignant lyricism, and his control of the intonations is exceptional, with detailed phrasing and colouring. He is also an extremely moving evangelist. Since then, I have been an unconditional fan of the St. John Passion and of Mark Padmore.

Of the five or so Passions Bach wrote, only two survived. They are the St. John and St. Matthew, and both are performed mainly around Easter time. So when I was in London sometime after the HK Arts Festival and found out that Mark Padmore was performing the St. John, I followed his tour and attended four Passions within the span of just one week. His most impressive performance took place at the Coliseum. With the choir located in the balconies on both sides of the rostrum, the entire St. John Passion was staged in a dramatic and theatrical setting, delivering a visually strong impact along with an intense musical performance.

It is now Easter once again and I find myself in Hong Kong. Meanwhile, Mark Padmore is performing the Passions in Birmingham, Salzberg, Berlin and more. Now, I am not a religious person and my Easter is more about a long weekend and chocolate rather than going to church. So my desire to experience the Passions over Easter is about Bach and the magic of his music more than anything else. Unfortunately, Easter or not (or any other time of the year, for that matter), we find no Passions in Hong Kong.